Biking VikingJuly 6, 20115 Comments on All I have to do is dream 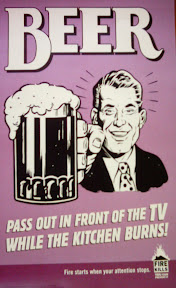 For the better part of 15 years, I spent a lot of my spare time in bars, watching hockey, playing cards and the like, and by the like, I mean Jager Bombs, pitchers of beer on Monday nights, various mixed drinks. My Mob Name was Bobby The Dumpster because I drank almost anything. This of course resulted in many, many hangovers which became more difficult to overcome every day after, say, 38. It has been 16 months now since my last drink, and I am here to tell you it feels freaking awesome. More later, but suffice it to say there was no intervention needed and it was an overnight decision. Still, there was a problem.

I had a dream last night which ended with me hung over and late for work because I couldn’t ride the bike (I hate being late more than I loathe the headwind). My lungs burned and my clothes smelled of smoke. The dryness in my throat was overwhelming. This was all in a dream of course, and upon waking, was extremely relieved that it was only a figment of my imagination. There has been no interest in anything relating to my old life, so this dream was sort of a random occurrence, a ricochet from the past.

Anyone else have a ‘past life’ that changed dramatically? Did cycling take a part in the change/recovery?