I’ve managed to ignore John Cassidy’s screed against New York bike lanes so far, but I just have to mention Ryan Avent’s response at The Economist.” In a nutshell, Cassidy doesn’t believe bike facilities “meets an objective cost-benefit criterion.” In other words, they’re not worth the money that society pays. Avent points out the numerous negative externalities associated with driving that various user fees don’t even begin to pay for. He especially addresses Cassidy’s complaint that bike lanes take away free and cheap parking he’s counted on for so long.

To Avent’s arguments I’d add that encouraging cycling could free up some of that valuable parking space. In The Haight in San Francisco, 12 bikes now fit in a space that was previously reserved for a single car.

The Economist Free Exchange Blog: The world is his parking spot. 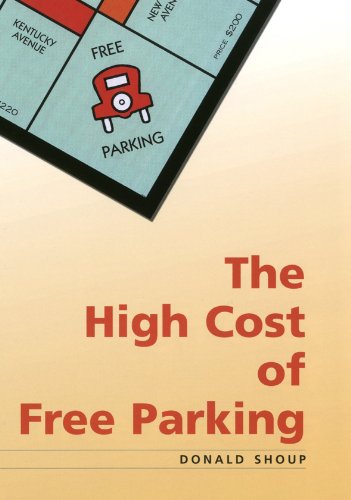