California State Senator Mark DeSaulnier (D-Concord) yesterday introduced a bill that would authorize local governments to impose, as a special tax, a point of sale tax on new bicycles. 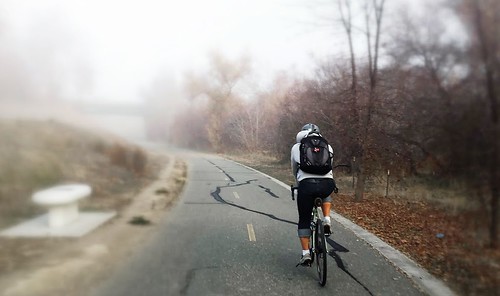 Existing law in California does not provide for the imposition of a tax specific to the point of sale of a bicycle, other than general sales and use taxes. SB 1183 allows cities, counties and park districts to impose a special tax on new bicycles. This bill requires the taxing agency to use the tax revenue exclusively for improvements to paved and natural surface trails, including existing and new trails, and for associated maintenance purposes. Bicycles with wheels under 20 inches in diameter are exempt.

Senator DeSaulnier represents the 7th Senate District in California, which encompasses the East Bay east of the Berkeley Hills. It stretches from the western Sacramento–San Joaquin River Delta in the north down to the Tri-Valley region in the south. The district is primarily suburban and consists mainly of bedroom communities for the San Francisco Bay Area.

The city of Colorado Springs, CO levies a $4 bicycle tax which raises about $85,000 per year for the city parks and trails department. Proponents claim this tax provides seed money for grants and provides political credibility that cyclists pay their way, which is a bankrupt excuse of an argument that has been covered over and over both here at Cyclelicious and elsewhere.

DeSaulnier introduced this bill on February 20, 2014. February 21 is the deadline to introduce new bills in both house of the California legislature, which encourages our representatives to introduce “spot” bills as placeholders which will later be gutted and amended.

The bill first goes to the Senate Rules Committee, which decides which Senate committee to assign the bill to for more focused discussion and amendment. I imagine this will go first to either the appropriations or transportation committee. The Senate Transportation and Housing Committee, which is chaired by Senator DeSaulnier, is the perfect place to kill this bill if you’re so inclined to write to the committee members.