“Safety Culture” is the concept that acting safely is considered the norm in the workplace environment. Researchers have been working for about the past decade to transfer lessons from workplace safety culture to a “traffic safety culture” to improve road safety. 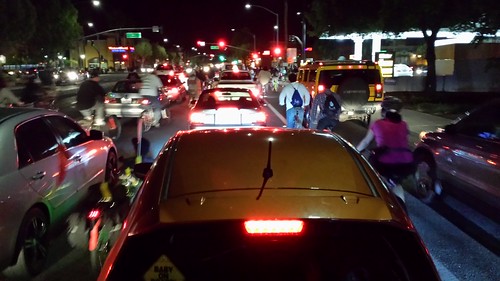 SafeTREC says they’ll have slides and audio from the presentation later this week, but some nuggets from SafeTREC to think about in the meantime:

There’s a whole host of law-breaking behavior that’s considered “normal” when driving, and traffic enforcement is often considered to be nothing more than a form of revenue generation rather than an expression of public policy and safety. We have a long ways to go before we have any kind of traffic safety culture in the United States. Several groups actively fight these efforts to create a traffic safety culture (can you believe that?), but I’m glad to see people working on these issues.