During the San Jose Bicycle Festival this morning, Viva CalleSJ announced the route for their 2015 open streets event. 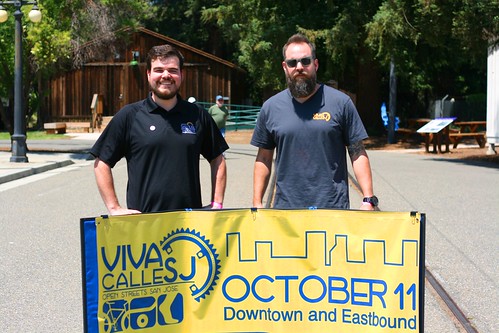 Six miles of city streets will be closed to motor traffic and open to activities for a huge car-free block party on Sunday, October 11, 2015 from 10 AM to 3 PM.

The city will close several streets to car traffic and open them for walking, biking, skating, dancing, meeting neighbors, and exploring the city. The name combines the spanish “Viva Calles,” which can mean both “the streets live” and “long live the streets,” with the initials “SJ” for San José. 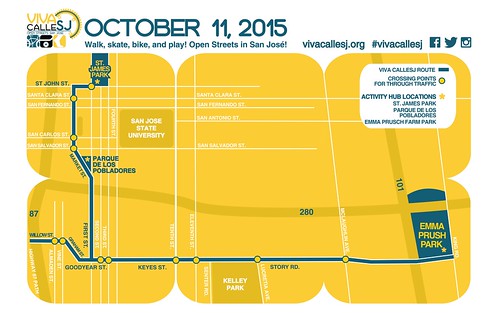 The City of San Jose Parks Department workers in the photo above tell me they plan to hold this several times per year (perhaps even monthly?). If you like events such as Viva CalleSJ, you need to let your elected officials know.