The 5th Annual Silicon Valley Bike Summit takes place tomorrow, Wednesday, August 26 2015 in Palo Alto, CA beginning at 9 AM. The Silicon Valley Bicycle Coalition will lead a Bike Pool from the California Avenue Caltrain station at 8:35 AM. I’ll join this ride and post the real-time location to Glympse/!SanJoseBikeTrain so you can find us on the way. The bike summit takes place at the Oshman Jewish Community Center, 3921 Fabian Way, Palo Alto, CA 94303. 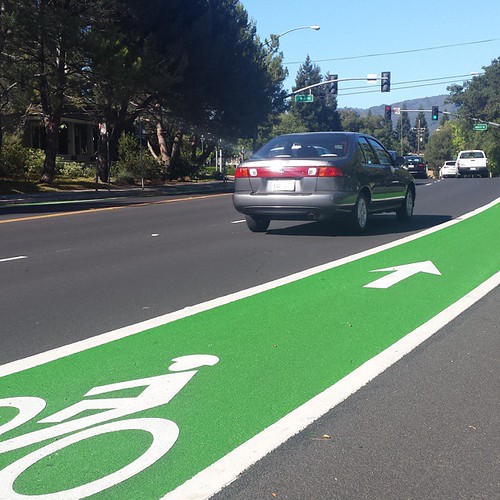 END_OF_DOCUMENT_TOKEN_TO_BE_REPLACED

Update May 2 – Note the change in start time! Meet at 7 AM, depart 7:20 AM. Official VTA information here. View the route map here.

Happy Bike Month. There’s a lot going on but I want to get word about this event: a Bike to Work Day ride with the new General Manager for the Valley Transportation Authority, Nuria Fernandez. Santa Clara County Supervisor Ken Yeager (pictured below), VTA transportation planners, BPAC members, and other VTA staff will also participate in this morning ride from downtown San Jose to the VTA offices on North First Street. 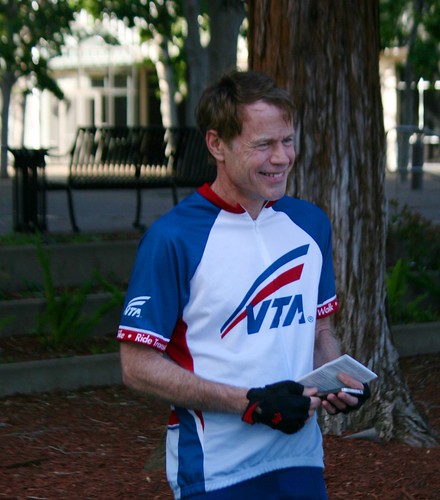 END_OF_DOCUMENT_TOKEN_TO_BE_REPLACED

South Bay and Peninsula: a meeting to discuss transportation and public health.

Rollcoll reports on a meeting between the Partnership for Active Transportation with with House Transportation and Infrastructure Subcommittee on Highways and Transit Chairman Tom Petri (R-Wis) today.

This Partnership was formed in 2012 to link the efforts of transportation organizations such as Rails-To-Trail with physician-backed groups including the American Academy of Pediatrics and the American Public Health Association.

Public health officials have long understood the impact that our transportation system has on health. Communities near highways have higher rates of asthma and other respiratory illnesses. More motor vehicle traffic leads to more injuries and more death.

More recently, there’s more awareness that the built environment can impact our transportation choices which, in turn, impacts community health. Efforts such as the Partnership for Active Transportation increase this awareness among public health officials, leading to a new avenue for activism.

The Summit aims to foster deep community engagement and meaningful participation in transportation and land use planning processes. We’ll provide trainings on what’s at stake and how to effectively get involved with plans, projects, and policies, as well as accessible and interactive workshops on best practices. The conference also provides a space to connect with public officials, organizations, and community leaders from across the region and learn how to join the movement for better transportation choices and access for all.

To attend you must purchase a ticket from TransForm. END_OF_DOCUMENT_TOKEN_TO_BE_REPLACED

Registration for the Eight Annual Supermarket Street Sweep in San Francisco closes this Friday, so do it right now if you plan to participate, especially if you’d like a free t-shirt (limited quantities!).

Last year, 119 racers participating in the Supermarket Street Sweep collected over three tons of food and $7400 for food banks in San Francisco and Marin County in an alleycat style scavenger hunt. Supermarket Street Sweep 2013 begins at noon on Saturday, December 7, 2013 at Cupid’s Span (the big red bow and arrow statue on the Embarcadero at Folsom Street.

Racers do this for a good cause, but there’s a good pile of schwag for those who collect items the most quickly and those who can haul the most cargo. Visit Supermarket Street Sweep blog for details.

Clutch Couriers and Santa Cruz Bike Polo bring you a bike race this holiday season to provide food and holiday cheer to those in need and get you some awesome prizes! This is a bike race a la the Cranksgivings in NYC and all over the US. Santa Cruz Cranksgiving benefits the Familia Center.

Racers race around town picking up food items that were requested by the Familia Center as well as purchasing gift certificates for food and clothing at participating grocery and clothing stores. Teams are recommended to cut down on costs, but feel free to race alone if you desire. Bring $5 per racer for registration which will be donated to the Familia Center. Also bring $15 to $30 per team to buy needed items on the list. The race will cover grocery stores from Aptos to the West Side, so be ready to pile on the miles.

Pre-registration not required, but feel free to say you’re going on the event Facebook page. Otherwise, just show up before noon on Saturday, November 23 2013 at the duck pond in San Lorenzo Park. That’s the park hidden on Dakota Street tucked between Soquel and Water Street behind the Paradox Hotel.

Posted In san francisco | santa cruz
Tagged alleycat | event
Manage Cookie Consent
To provide the best experiences, we use technologies like cookies to store and/or access device information. Consenting to these technologies will allow us to process data such as browsing behavior or unique IDs on this site. Not consenting or withdrawing consent, may adversely affect certain features and functions.
Manage options Manage services Manage vendors Read more about these purposes
View preferences
{title} {title} {title}