Stanley Roberts of KRON brings his camera to the South Bay, where he finds evidence of People Behaving Badly as they litter the San Tomas Aquino Trail adjacent to Levi’s Stadium in the city of Santa Clara, CA.

This trail litter was anticipated six years ago during the environmental review process.

The Santa Clara Valley Water District, which manages and monitors water quality in this and other South Bay creeks and rivers, submitted public comment to the city of Santa Clara warning that trail litter is inevitable at large public venues. The Water District asked the city to monitor trash in and around the creek and to create “pre-established mitigation measures.” 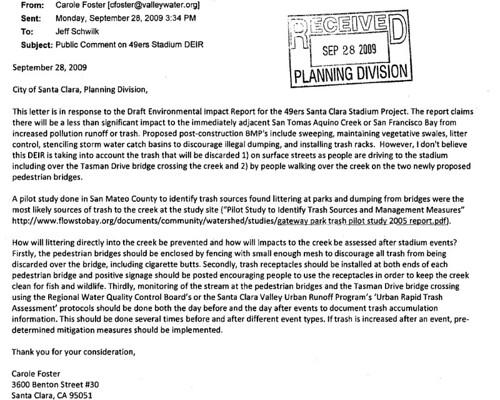 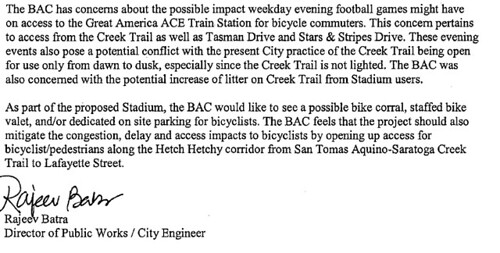 The city’s response was underwhelming. 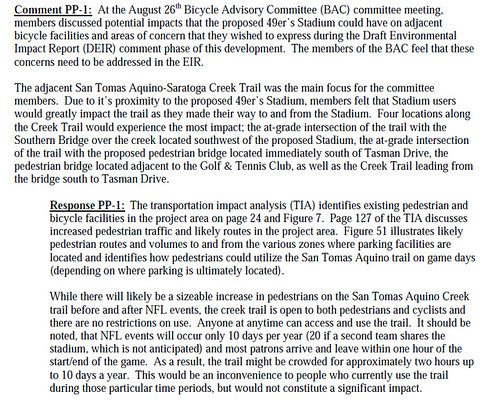