Before World War II, several tobacco company included trading cards in their cigarette packaging, similar to baseball cards included in some modern packages of bubble gum. One British brand, Ogden’s Cigarettes, ran a series of cards with tips for Boy Scouts as a kind of Victorian age Instuctables. These tips included a few on cycling safety for scouts.

Another card demonstrates the technique for crossing tram lines on a muddy road to “avoid many a nasty spill.” 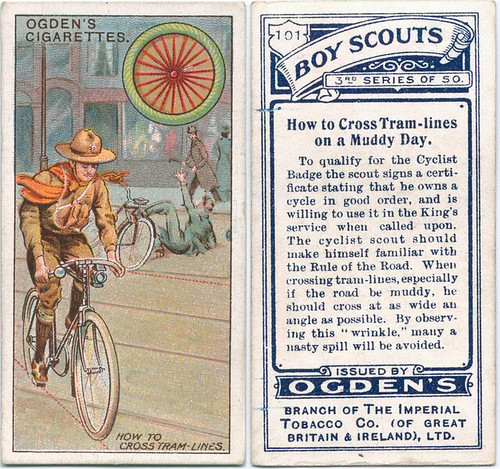 I occasionally mention the silliness of using your left arm (in the USA) to signal a right turn on your bike, as if pretending to stick your arm through a car window. It turns out cyclists used the appropriate arm to signal turns before automobiles became commonplace! In this card, the courteous cyclist “should signal their intention to those behind by holding out the arm on the side to which they are turning. 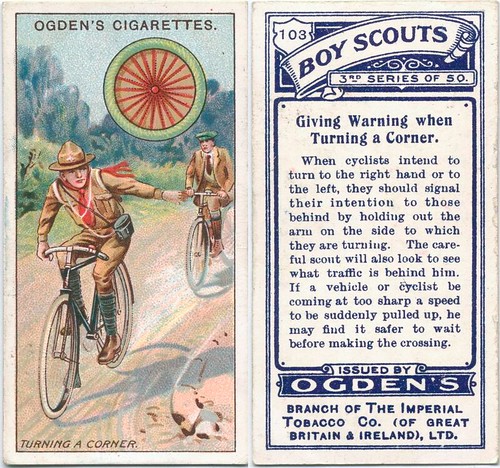 The images come from the George Arents Collection of The New York Public Library, which are in the Public Domain. View the full series of Boy Scout cards here.