Lady Fleur and I had a brief discussion yesterday about the politics and history of cycling advocacy. 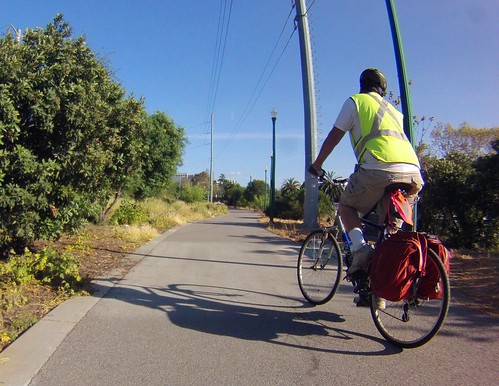 When I first bike commuted in the mid-90s, the advocates tended to be geeky slender white men on older bikes with racks and panniers, often with long suburban commutes wearing mostly cycle-specific clothing that’s often worn out.

This points to my long time thesis that, historically, bike commuters are often cheapskate engineers who ride a bicycle to work because it fits our cost-benefit analysis. It just makes sense.

Lady Fleur’s antithesis, however, is that we weren’t so much cheapskates as we weren’t “concerned about appearances or the status implications of having new gear.”

What is the synthesis of these two views?