There’s a good interview with Cervelo’s Gerard Vroomen over at Podium Cafe today. Via Blacknell.

Oh, and check out this recently published children’s book about Tillie Anderson who became “female bicycling champion of the world” in 1897. 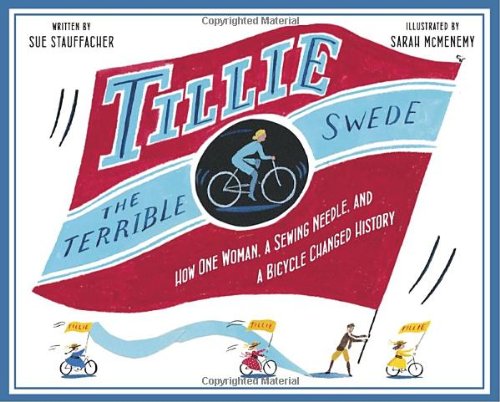 “Three years ago I was very fat in the legs, almost as much so as Miss Peterson, one of my competitors in the St. Louis race, is today,” said Tillie Anderson in an interview for the St. Louis Republic. “My muscles were not at all developed, though it was but a short time when the fat began to peel off and give way to sinewy strength. My abdominal and arm muscles also developed rapidly, and I have a peculiarly prominent one in the back, due I think, to bending over the wheel.”

“It does not fatigue me in the least to take part in these long- distance races, and I am just as fresh after a two-hour’s run as when I commence.”