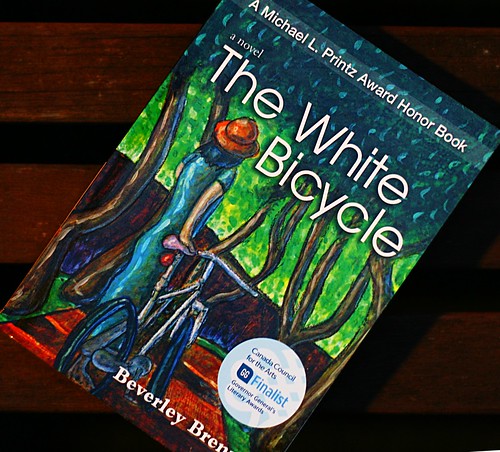 END_OF_DOCUMENT_TOKEN_TO_BE_REPLACED

I’ve never been interested in long-distance touring, but Peter Rice’s practical philosophy and light humor in his Spandex Optional Bicycle Touring: How to ride long distance, the cheap and easy way might convince me to give it a try. 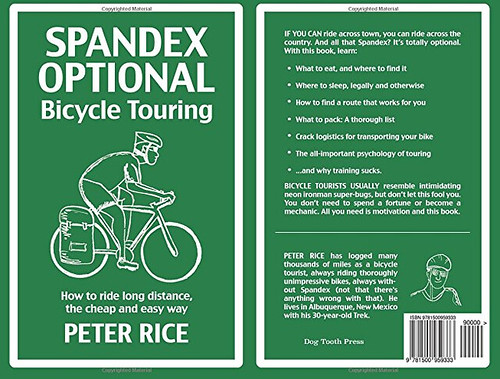 END_OF_DOCUMENT_TOKEN_TO_BE_REPLACED

The other week I was just riding the bus when a Santa Cruz hippie dressed in earth-tones boarded and sat right next to me. After a few moments, I detected nuances of bicycle lube and brazing flux under the odor of human labor and raw lanolin. I recognized the guy by his smell; I looked over and, sure enough, it’s local bike builder extraordinaire Josh Muir. 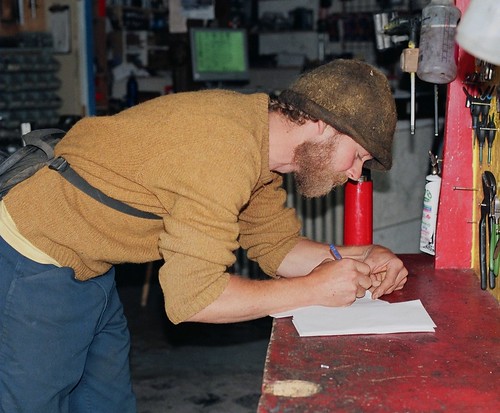 END_OF_DOCUMENT_TOKEN_TO_BE_REPLACED

Mark Cavendish is his usual hilarious if profane self in the followup to his popular Boy Racer book. He’ll lose the yellow jersey this afternoon during the individual time trial in the Amgen Tour of California, so get it while it’s hot.

END_OF_DOCUMENT_TOKEN_TO_BE_REPLACED END_OF_DOCUMENT_TOKEN_TO_BE_REPLACED

Carlton Reid has been a cycling journalist for over twenty years and today publishes BikeBiz, a bike industry trade journal. I’ve never seen him in a car until I saw his Kickstarter video for this new book Roads Were Not Built for Cars.

Cyclists already know that early roads were paved at the behest of cyclists. Carlton reveals even more connections between driving and cycling, showing, for example, that early car enthusiasts such as Karl Benz and Charles Stewart Rolls (of Rolls Royce) were also avid cyclists. He writes that even Henry Ford was known for biking to work as he developed his Model T, no doubt thinking there’s got to be a way to show up to the office without getting covered in road grime and sweat.

Carlton is English and the prices for his Kickstarter campaign are in Pounds Sterling, but Kickstarter will convert UK currency into American dollars for us Yankees. He’s already met his fundraising goal, but supporter perks are still available for the project. Carlton spends almost as time in America as in the UK, and he covers American road history at least as well as he does of his home country in this two-year long project.

Go here to learn more and support Roads Were Not Built for Cars.

Posted In Books | history
Tagged Books | Kickstarter
Manage Cookie Consent
To provide the best experiences, we use technologies like cookies to store and/or access device information. Consenting to these technologies will allow us to process data such as browsing behavior or unique IDs on this site. Not consenting or withdrawing consent, may adversely affect certain features and functions.
Manage options Manage services Manage vendors Read more about these purposes
View preferences
{title} {title} {title}