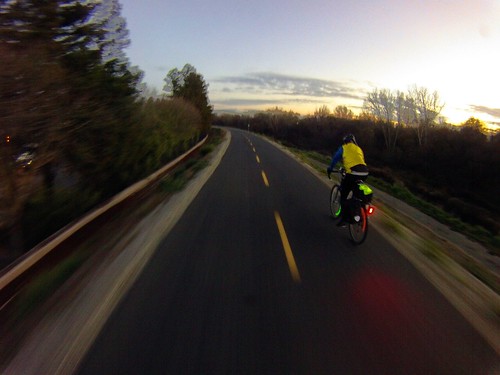 The bill was referred to the Assembly Transportation Committee. Chu amended his bill. I supposed the current bill is a little bit better: Chu replaced “white” with “red.”

SECTION 1. The Legislature finds and declares all of the following:

21201. (d) A bicycle operated during darkness upon a highway, a sidewalk where bicycle operation is not prohibited by the local jurisdiction, or a bikeway, as defined in Section 890.4 of the Streets and Highways Code, shall be equipped with all of the following:

The more observant of you have already noticed the problem that still exists.

A plea for our legislators: if you’re truly interested in cyclist safety, please at least talk to somebody who knows something about the topic before unleashing more of this silliness.