Newly minted Assembly Member Kansen Chu, who represents a big chunk of Alameda and Santa Clara Counties in the San Francisco Bay Area, introduced a bill that would mandate rear-facing flashing white lights for bicycles operated at night. Yes, really. Alternatively, the cyclists may wear reflective gear in place of the light. 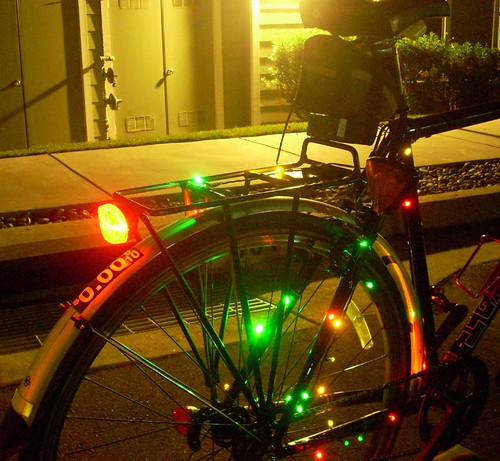 Under California law, cyclists are required to have “a red reflector on the rear … visible from a distance of 500 feet” when riding a bicycle in darkness. Chu’s Assembly Bill 28, which he introduced on the day he was sworn into office on December 1, will change the red reflector requirement to a “white flashing light.”

Let’s hope this is a gut-and-amend bill. Otherwise, let’s hope the (recently decimated) legislative analyst office will enumerate all of the reasons this bill is a horrible idea. To summarize: white goes on the front of the bike, red goes on the back. The jury is still out on the safety of flashing lights, but they possibly increase danger and are distracting for everybody involved. If you doubt this, Mr. Chu, please ask the California Highway Patrol why they don’t use flashing lights when they’re on the side of the road for traffic stops.

Until his election to state office, Chu represented the city of San Jose District 4 on the City Council, encompassing Berryessa, Alviso, North San José, and North Valley areas. Now that his influence has expanded to the state level, it’s time to spend quality time with our new Assembly Member to educate this guy on bicycle safety. He very clearly has very little knowledge in this area.

This bill will likely go to the Transportation Committee. I trust the committee members there will see the foolishness behind AB-28 and quietly let it die. If you live the 25th Assembly District, please feel free to let your elected representative know what you think of AB-28.

Tip of my shiny, reflective safety hat to Eric of the Sonoma County Bicycle Coalition.