Richard MasonerNovember 4, 20105 Comments on Caltrain — not quite a record, but…

According to some sources at Caltrain, an estimated 80,000 rides were provided on the train service on Wednesday, November 3, 2010 when San Francisco threw a ticker tape parade in honor of the Giants World Series victory.

That’s a little more than double the usual weekday ridership. Because word got out that conductors weren’t checking tickets on northbound morning trains, several thousand likely got a free ride. They were not allowed to board in San Francisco, however, without a valid ticket or pass. 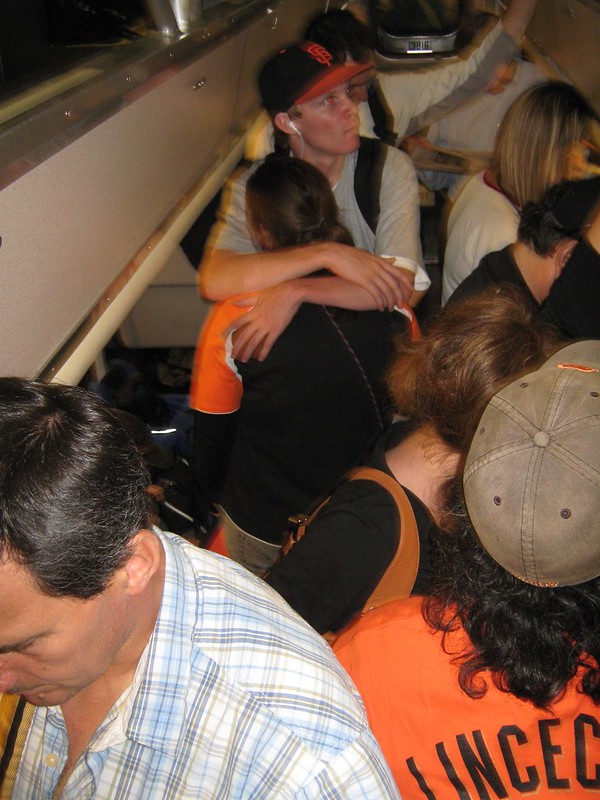 Caltrain’s record of an amazing 170,000 passengers still holds. This occurred in 1994 during the World Cup soccer games at Stanford University, when Caltrain ran eight-car train sets. These days, trains are limited to five cars.

BART broke their all time record with 522,200 riders yesterday. The old record of 442,100 happened on October 29, 2009, when the Bay Bridge was abruptly closed for emergency repairs.

An estimated 1.7 million people came into San Francisco to take part in the Giants’ celebration, effectively tripling the city’s population for the day.