While the publisher of Cyclelicious enthusiastically supports Bus Rapid Transit plans in the Santa Clara Valley, San Jose bike advocate Peter Smith is equally ardent in his opposition to BRT. When I asked Peter for details on why he opposes BRT, he graciously agreed to write up this provocative guest blog post. 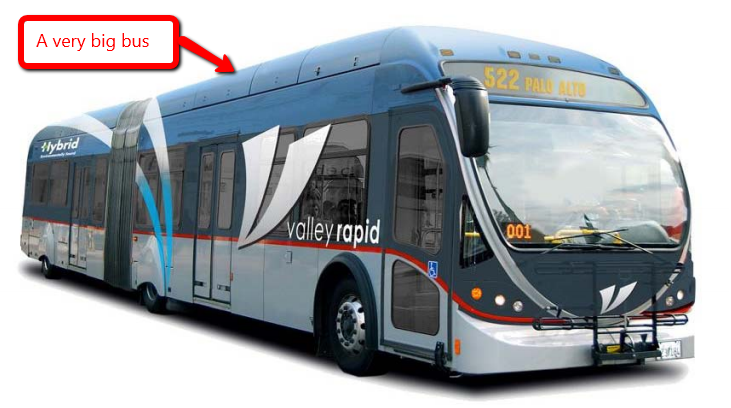 Bus Rapid Transit (BRT) presents the most serious threat to the growth of cycling in the world today.

BRT has three characteristics that engender its ability to hinder cycling:

Cycling advocates should concentrate not on making cycling conditions better for existing cyclists, but on creating conditions that will allow everyone to bike.

It is the author’s belief that cycling advocates should oppose BRT in all cases. This is not letting the perfect be the enemy of the good — this is avoiding doing a deal with the devil.

This post focuses on the effects of BRT on cycling. 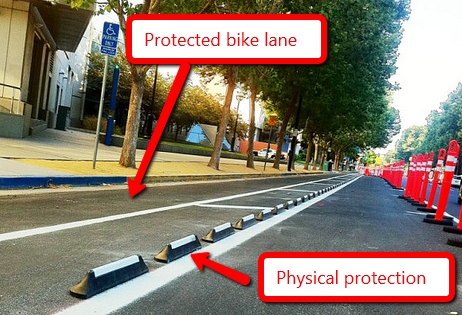 Most people are effectively banned from cycling on most roads not because they are legally barred from doing so, but because the cycling conditions on those roads are not tolerable. 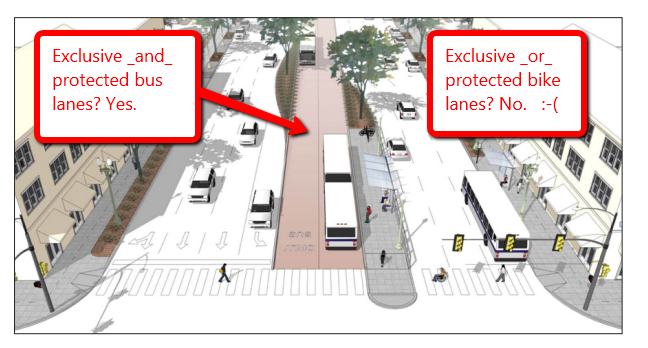 Not even room for non-protected bike lanes

To qualify as a BRT system according to leading BRT proponent, ITDP, a bus system must exhibit several key characteristics to a sufficient degree. Of the three most important (all equally important according to ITDP), one is called ‘Segregated right-of-way’ — i.e. buses need to have their own lane.

Dedicating a full lane in either direction to only buses has the effect of increasing the motor traffic pressure on remaining travel lanes. Car drivers resent having to face increased traffic pressure. This creates a veritable political impossibility for cycling advocates trying to get space for protected bike lanes.

One of the other two most important characteristics that must be exhibited by bus systems to qualify as BRT is ‘Busway alignment’ — that is, where are these exclusive bus lanes going to run — in the middle of the street, or in the curbside lane? The median-aligned busway, unlike the curbside busway alignment, requires a tremendous amount of road width — bus lanes + bus stations — this works to prevent the introduction of protected bike lanes on that road. 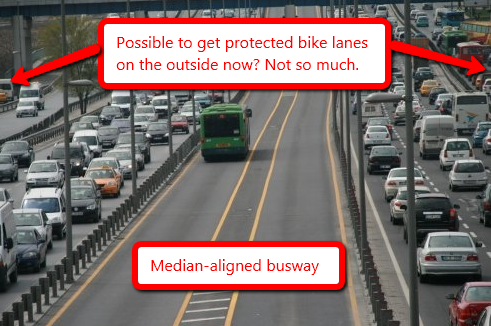 How willing will drivers be to give up space to bicycles now?

BRT Threat #2: Risk of possible prevention of all biking on road

The bus-only lanes can also run curbside — directly adjacent to the curb — this leaves no place to put a protected bike lane. Select Bus Service in New York City runs in the curbside lane like this. Bikes are effectively barred from the streets with SBS. Examples abound. 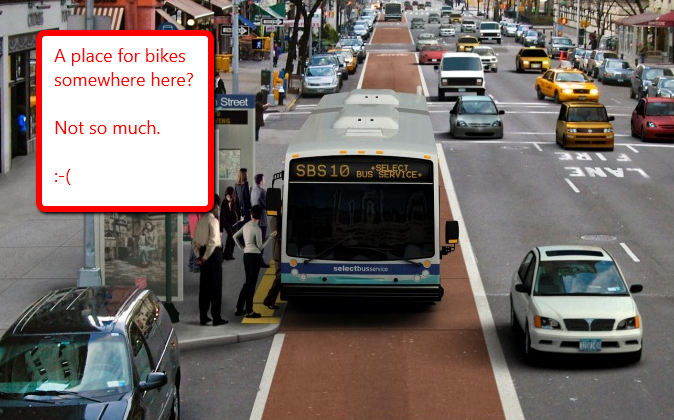 The term ‘busway’ — ‘bus’ + ‘highway’ — is often used with ‘BRT’. This makes sense, as BRT systems exhibit highway-like characteristics. Highways generate pollution and noise, and are very hostile to pedestrians and cyclists. Making roads more highway-like with the introduction of busways is the wrong thing to do if we want to increase walking and cycling rates. 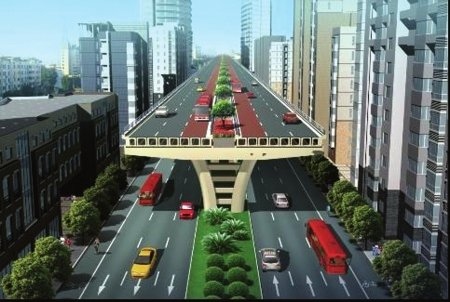 Chengdu, China wants to introduce an elevated BRT line (like the one in Xiamen)

In the mockumentary, Radiant City, James Howard Kunstler said when sitting on a park bench next to a highway, “It’s an amazingly-brutal environment. … The assault on your neurology is really impressive, and you really have to be here to appreciate it.” We should not tolerate these types of environments. If we want more people to walk and bike, we must not tolerate these types of environments. Our roads need to be quieter, safer, more beautiful, more pleasant places to walk and bike. 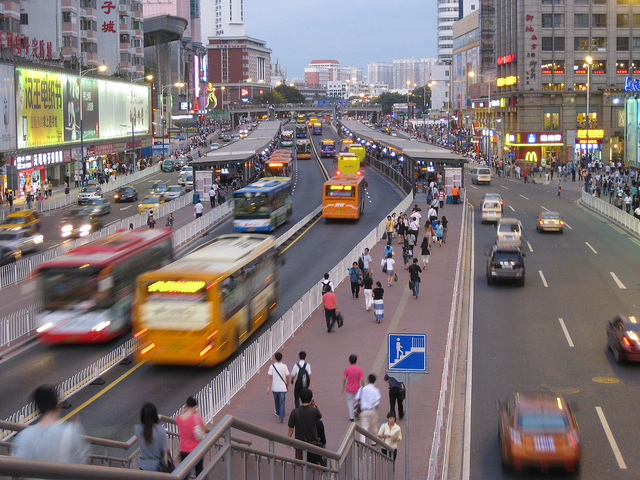 Sustainable street in Guangzhou, China? A wretched kind of “modernism” this!

Deal with the devil: The ‘bike lanes’ carrot

To overcome community opposition to a BRT plan, its proponents will offer various ‘carrots’ — new streetlights, improved streetscaping, beautification, “traffic calming,” a newly paved road, and, of course, bike lanes along at least part of the route.

Cycling advocates should not accept this deal with the devil. We can and will get real protected bike lanes, and the only way we will get those protected bike lanes is if there is road width available. If we take the ‘free’ bike lanes to accept these BRT projects, we will limit the amount of cycling on that major corridor to the ‘Enthused and Confident’ cyclist demographic — only about 7% of the population. This effectively ends any chance of cycling becoming a mainstream mode of transportation.

An IT professional now living downtown San Jose, Peter Smith spends his time working on what he believes to be the next great hope for humanity after bicycles — worker co-ops — and dreaming of the day it’s safe and comfortable for most everyone to take a leisurely ride down The Alameda for no particular reason at all.

In case you think Peter is tilting at windmills, you might have first seen Peter’s writing at his Google Maps Bike There site, in which he campaigned several years for Google to include a “Bike There” option that Google finally incorporated in 2010. You can find his other work at his Weebly site.