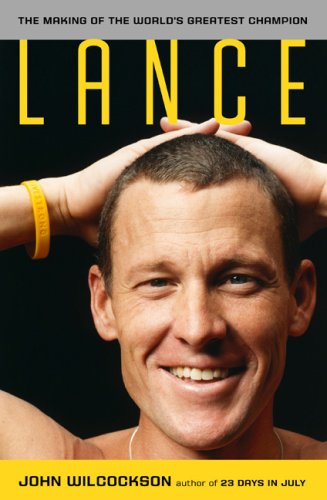 Say what you will about the man, but Lance Armstrong energizes interest in cycling like nobody else, in the United States and around the world. Versus network broke even on their Tour de France coverage in 2008. For 2009, they say that viewership is up a solid 80% over last year. For Cyclelicious, traffic is up well over 100% over last year from people looking for Tour de France information in spite of what I consider very spotty coverage.

Given Vinokourov’s mouthing off about Astana Team Director Johan Bruyneel, today’s announcement by Bruyneel that he will leave Team Astana after the 2009 season should come as no big surprise. Lance Armstrong also hinted at a big announcement regarding a new team for the 2010 season. Some of the names mentioned as potential sponsors of a third US Pro Cycling team: Nike, the Livestrong Foundation and (most interesting for me personally) Oracle Corporation. Apple and Google are also mentioned on the short list of potential sponsors. We’ll see on Thursday who the sponsors are, and hopefully some unresolved questions on UCI licensing and riders will be answered.

So what about Lance Armstrong? Longtime cycling journalist John Wilcockson (40 years in the business!) has written what he says is probably the most comprehensive story of what drives the seven-time Tour de France champion as told through the words of Armstrong’s family, friends, rivals, and — of course — Lance himself.