Richard MasonerJune 19, 20148 Comments on 10 tips for the Caltrain Bike Car 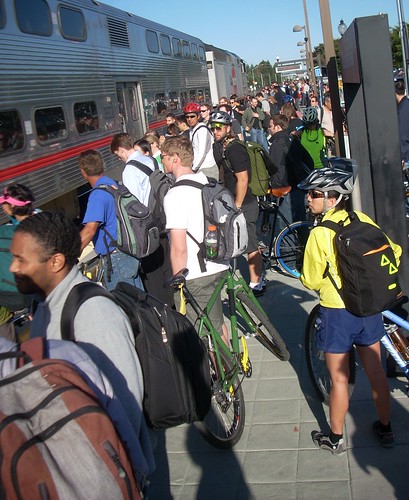 Caltrain staffers are creating a series of “Bikes on Caltrain” videos for Caltrain riders. They’re taking feedback to gauge common themes and possible issues for their first video “Bikes on Caltrain: How to Board/Disembark.”

I don’t routinely ride Caltrain anymore so I might have missed a few things, but here’s the list I submitted to Caltrain’s survey:

What are your top 10 tips? Tell Caltrain to include them in their video.