Yesterday’s “Queen Stage” of the Amgen Tour of California 2014 took racers over the tops of two significant climbs — Mount Hamilton near San Jose and Mount Diablo near Danville — with nearly 11,000 feet of climbing over 109 miles in 90 degree heat.

I’m old and slow and persistent, taking nearly 2½ hours to reach the KOM point by Lick Observatory at the summit of Mount Hamilton yesterday. During my time on Mount Hamilton Road, the first group to pass me was the Chris Carmichael ride, in which a group of cyclists ride every stage of the Amgen Tour of California in the early morning before the race begins. I chatted with Paul Ruggiero of Santa Ynez and Karen Wilkinson of Seattle for a bit before I dropped back.

Stronger and faster club riders can do this climb in about 90 minutes, and scores of them passed me as I approached the summit. 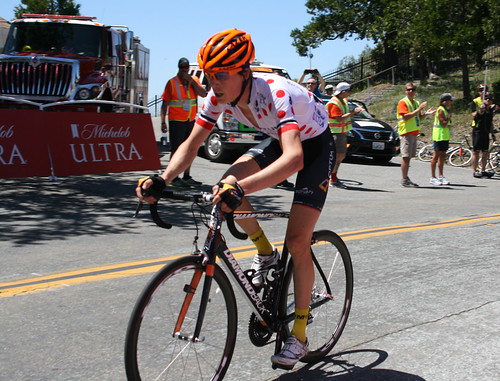 My reward for this effort is buckets of sweat and several crappy photos of pro cyclists whizzing past at over 20 MPH on top of the mountain, and I made it back down the hill in time to catch the remainder of the race on Tour Tracker.

Tour of California organizers give Mount Hamilton a designation of “hors catégorie” (HC), which is French for “Pardon my French.” It’s a tough mountain to be sure, with a looong 20 mile climb to the summit at 4,216 above sea level.

Mount Hamilton Road was built in 1875 to serve construction traffic for Lick Observatory. This meant horse-drawn wagons, so the road grade averages 5% and rarely exceeds 6.5%. Not longer afterwards, those crazy cyclists began ascending Mount Hamilton Road, which offers marvelous views of Santa Clara Valley below. Back then, a trip to Lick Observatory was an arduous three day adventure involving camping gear and provisions. 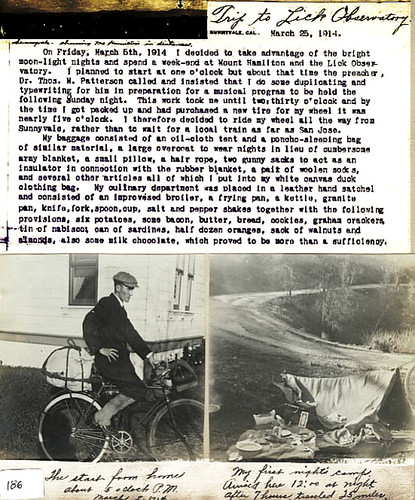 Mount Hamilton remains popular with cyclists today in spite of its imposing HC designation. If you can pedal for hours on end with moderate effort, you can make it to the top of the mountain. Traffic is usually light, though road sharing can be an issue one some of the 365 turns. You can refill with water at Grant Ranch Park and at Lick Observatory, which also offers vending machine snacks, cold water, restrooms, and an invitation (in bike friendly Comic Sans!) for cyclists to enjoy the visit as long as you remove your cleated cycling shoes. 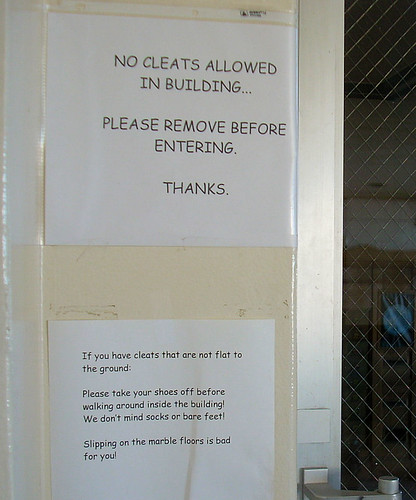 You can shorten your trip by beginning at the Alum Rock Light Rail Station, which is where I started yesterday. Bike uphill on Alum Rock Avenue and follow the signs to Mount Hamilton.

Many people drive to a point on Mount Hamilton Road to avoid the lower sections of the climb, though in my opinion they miss some of the more fabulous vistas of downtown San Jose. Parking is available at Grant Ranch Park and at a couple of trailheads further up the road.

Be careful when descending if you don’t know the road. It’s super easy to enter a turn too hot and cross over the centerline, which can be bad if there’s oncoming traffic around that blind curve. Plenty of motorists also cross the centerline around those turns so don’t hug the centerline too closely.

Thank you to Paul Skilbeck, who recently wrote about the history of cycling in San Jose. Did you know we had seven velodromes in San Jose? Click through and read the article; it’s worth the read.

TODAY: Bradley Wiggins continues wearing the yellow jersey for Stage 4 of the Amgen Tour of California. The race travels along the coast from Monterey through Big Sur, across the picturesque Bixby Bridge to Cambria. It’s another hot day, with temperatures even on the coast approaching 90 degrees F. Live video coverage begins at 2 PM today at Tour Tracker.