Long time readers of Cyclelicious understand the historical context of pedestrian and cyclist road rights in the United States. To very quickly summarize, roads were once a public throughway for all modes of transportation. Before about 70 years ago, common law and public opinion recognized the operator of the more dangerous conveyance was responsible for injuries and death that he caused.

A concerted and deliberate effort by the automotive and oil industries brainwashed American society into believing that roads are the exclusive domain of fast, motorized vehicles. A fair percentage of the population believe “share the road” means “get out of my way!” When bike event organizers tell the 3,500 participants of their charity ride to bike single file for “safety” even when bikes outnumber cars, something is seriously broken. 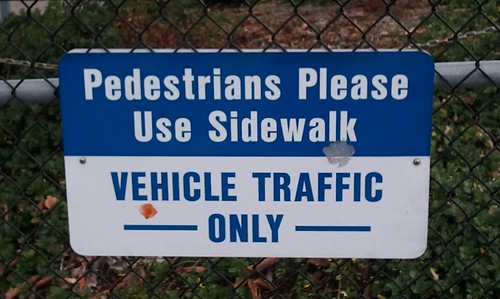 Hunter Oatman-Stanford covered this history of our changing perceptions of road rights in some detail in the Collectors Weekly, an online resource for those collecting antique and vintage items. When cars were new, the general public often reacted with outrage to the driver. He repeats good examples to demonstrate for modern Americans what street life was like during the advent of the automobile.

It’s difficult to conceptualize American streets before automobiles were everywhere. “Imagine a busy corridor in an airport, or a crowded city park, where everybody’s moving around, and everybody’s got business to do,” says [Peter Norton, the author of Fighting Traffic: The Dawn of the Motor Age in the American City]. “Pedestrians favored the sidewalk because that was cleaner and you were less likely to have a vehicle bump against you, but pedestrians also went anywhere they wanted in the street, and there were no crosswalks and very few signs. It was a real free-for-all.” 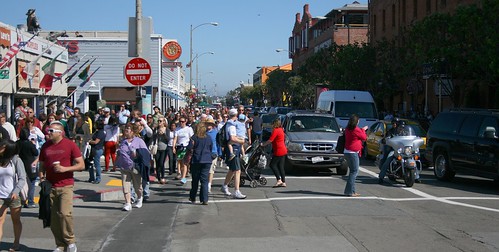 A grass-roots anti-motoring lobby reacted to the rising death toll in American cities. They sought to enhance road safety by restricting speeds and even the operation of motor vehicles. Beginning in the mid-1920s, however, the automotive and oil industries banded together with motoring clubs to fight back against these efforts. Among their tactics is the now-familiar “blame the victim” gambit in which the hapless motorist casts blame on the dead pedestrian, who should have known better than to jump in front of a speeding motorcar.

Intense lobbying resulted in the creation of a new crime — “jaywalking” — in which a person going about his business could no longer use a street for its intended purpose. We see similar efforts today with bike bans on public rights-of-ways throughout the USA, with even some bike advocates supporting such bans because “What kind of maniac would ride there?” Level of service über alles!

Oatman-Stanford’s article on “Murder Machines” is long but worth the read for anybody interested in changing public perception back to the historic norm in which the motor vehicle is the interloper and the pedestrian is reigns surpreme on urban streets. I especially like the conclusion (emphasis is mine):

“That battle for street access of the 1910s and ’20s, while there was a definite winner, it never really ended,” says Norton. “It’s a bit like the street became an occupied country, and you have a resistance movement.

“The people who really get it today, in 2014, know that the battle isn’t to change rules or put in signs or paint things on the pavement,” Norton continues. “The real battle is for people’s minds, and this mental model of what a street is for. There’s a wonderful slogan used by some bicyclists that says, ‘We are traffic.’ It reveals the fact that at some point, we decided that somebody on a bike or on foot is not traffic, but an obstruction to traffic. And if you look around, you’ll see a hundred other ways in which that message gets across. That’s the main obstacle for people who imagine alternatives—and it’s very much something in the mind.”

Every time I ride my bike in traffic, I am a Critical Mass of one, riding as an ambassador to remind the motoring public that roads are for everybody. 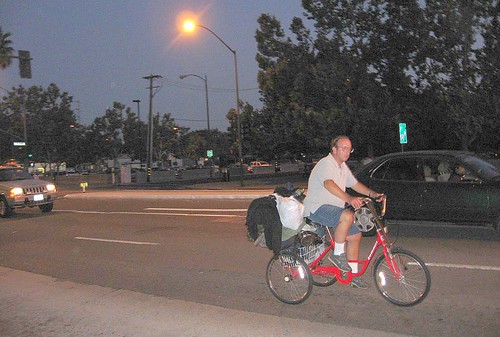