Road.cc reports on the most popular bikes for thieves in London, England. I suppose it shouldn’t be too surprising that the more popular bikes are among the most commonly reported bike thefts. 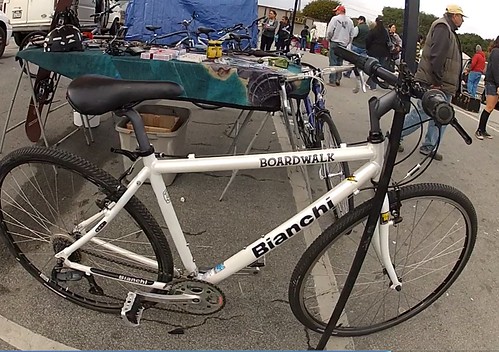 “A bike like a Specialized Allez – there are hundreds of them and thieves know they can shift them quite easily.”

I know when a fairly vanilla bike is posted to the SF Bay Area stolen bikes group, I’m fairly likely to gloss over the description. As the road.cc article notes, rare bikes are easily recognizable.

In other bike theft news, this guy describes how a thief defeated his $200 “TiGr” titanium lock. Bummer.