Update: Thank you so much and please keep your flood reports coming. I have the Guadalupe River Trail pretty much nailed down. I’m currently seeking time and dates for flooding on Coyote Creek under 101 (and other locations it might flood). 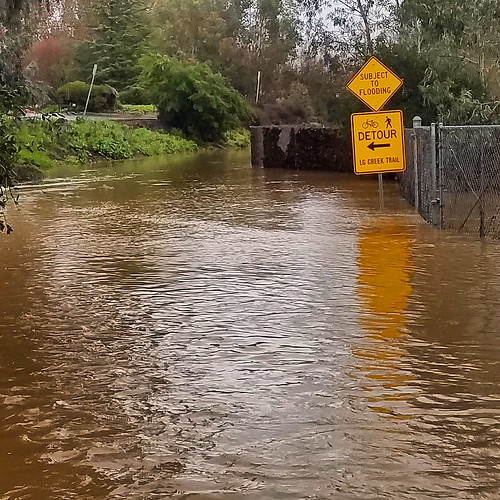 The trail status page captures automated real-time river flow and precipitation data to predict trail flooding at selected locations throughout Santa Clara County. Updates occur hourly from 5 P.M. to 10 P.M, and again from 3 P.M. to 8 P.M. I have to limit my number of daily checks because the weather API I use costs me money. If you would like to support this effort, please browse my Amazon affiliate online store, which sorts various categories of vaguely bike-related merchandise into the previous week’s top selling items at Amazon.

The gory details for each stream

H/T to Roger Weeks who turned me on to this information several years ago and put the bug in my ear about this predictive trail flooding info page.