Some of you who follow me on Strava have wondered about the strange meandering routes I sometimes take through the city of Santa Clara. You’re seeing my Ride Every Road Santa Clara project. So far this year, I’ve covered maybe 70% of the 240 miles of surface streets in Santa Clara. 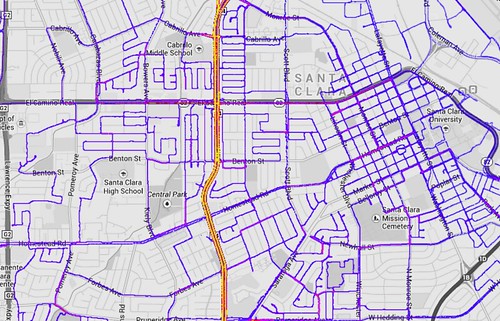 I have no real connection to this city, but I work here and commute across to my office. In my mind, all of the cities of the South Bay all mush together into an undistinguished single entity. Riding every road, however, you begin to see development patterns, distinct neighborhoods, and even a little bit of local character.

I could probably cover all 240 miles in three or four days of hard riding, but I’ve chosen to bite off tiny bits at a time by adding a few miles to my everyday commute. This adds a lots of miles due to backtracking and the nature of my commute, but it helps me get a better feel for the city that I ride through every day.

I’ll start here because that’s where I work. This triangle bounded by Highway 101 to the south, Calabazas Creek to the west, and the Guadalupe River on the east contains a mix of industrial, entertainment, moderate density gated communities, and lower density residential neighborhoods. This area probably encompasses the lion’s share of the city’s tax base, with many major employers, Great America theme park, and the new Levi’s Stadium located here. Those of you who biked to Levi’s Stadium last Saturday have discovered the solidly middle class tract housing north of Agnew Road. The newer, higher density townhomes and condos near the Guadalupe River seem to attract higher prices from younger families.

Commerce is mostly vibrant in this part of Santa Clara. The only exception is the office park wasteland west of Great America Parkway and north of Mission College, which seems to consist mostly of nearly empty “technology parks” with vast parking lots, easy highway access, and no transit service — the kind of place organizers hold weekend criterium races. The wide and straight roads feature big bike lanes.

I’ve mostly completed this section of the city, lacking only a couple of miles here and there. The gaps are so disjoint I’ll need to put in a dozen miles of riding just to cover them.

The thin rectangle between Highway 101 and the Caltrain tracks is the land of contract manufacturing, sheet metal fabricators, power stations, and probably hundreds of paint and body shops. I’ve biked past the Donald Von Raesfeld power plant hidden near Lafayette, Central and Highway 101, and this lovely trash incineration facility called “Santa Clara Cogeneration Plant #2.” I don’t know why but it smells strongly of artificial movie theater popcorn butter here. 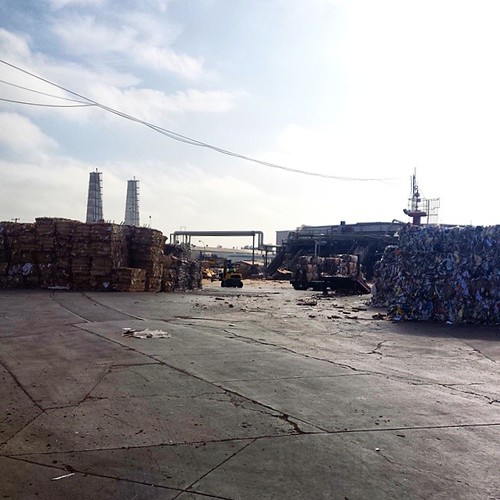 I also found this 880 square foot “diamond in the rough” listed for sale on Avila Avenue in a residential enclave within this otherwise heavily industrial area. This is within walking distance of a large Foxconn factory, and automotive body shops are close enough that my eyes watered from the fumes. The listing price for this gem? Only $524,000. What a bargain.

The streets aren’t especially pleasant to ride on, the industrial and transportation emissions are tough on my lungs, and vicious junkyard dogs barking from behind their fences provide an interesting distraction from the fast motor traffic. The roads are straight and few, however, so this area is quick and easy to cover. I have about five miles of roads in this section before it’s complete.

A maze of twisty little passages, all alike

The rectangle bounded by Lawrence Expressway, Scott Street, Caltrain and Stevens Creek is easily my least favorite area to ride. The through roads are fine — you’ll find some interesting experiments with bike facilities on roads like Calabazas Blvd, for example. 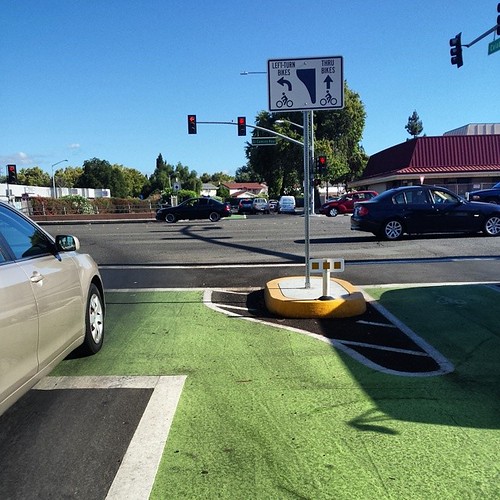 I’m sure these are delightful neighborhoods to live in, but riding through them is a different story (likely by design). You’ll also ride through an endless hell of cul de sacs and deadend streets. Passing rows of cookie cutter houses feels like Chinese water torture, and the relentless sameness makes it difficult to remember which streets I’ve hit. Cue sheets are essential to avoid redundant backtracking, and when I miss a turn in this area I might not notice for several blocks.

This section is maybe 30% complete.

You’ll find Santa Clara University, the Central Business District, and a mix of older homes in leafy neighborhoods in the the triangle bounded by Scott Street, Caltrain and Newhall Street. I’ve also found a monastery (with real life nuns!), a couple of cemeteries, and a lovely farmer’s market within this part of Santa Clara. Most streets in this region are fairly bike friendly, though people get a little bit stupid during commute time on the arterials as they pass through on their way to the nearby expressways and highways. I have just over half a mile of streets to go before covering this entire section, though the segments are disjoint so I probably have several miles of riding to cover them all.

Even if you don’t want to ride every road in the entire city, this downtown center is interesting and small enough to warrant a bike tour all of its own.

Do you ride all the roads in your city? If you log your rides to Strava, there’s a club just for that activity where we talk about our challenges and tips for best practices to make things easier.