Last year, an attorney began contacting San Jose Bike Party organizers, volunteers and riders while preparing a lawsuit against a shopping center where a Bike Party participant injured herself during one of the monthly night rides. This conversation prompted a few in the cohort to talk about ways to protect themselves from liability. 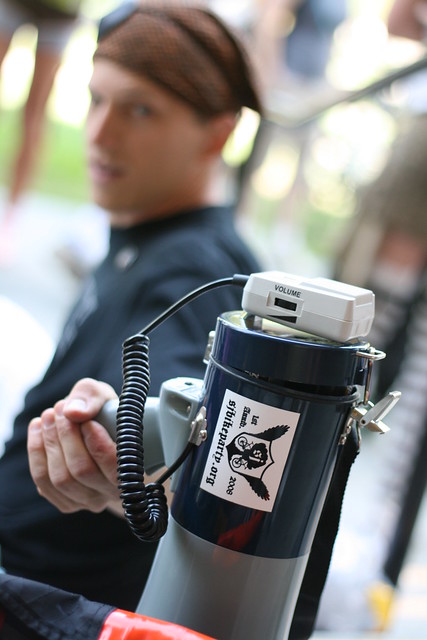 Incorporation became a reality in the spring of 2014, when attorney and SJBP organizer Joe Tate filed the papers. A few regulars went along with Tate’s plans, while others objected because it goes against the anarchic spirit of Bike Party. Since then, the ride itself continues to evolve, with no evidence of a “corporate” feel, sponsorship, or any of the other bugaboos that some people seem to fear. I believe this is a good move, and I trust the people involved in incorporation.

San Jose Inside published the story on incorporation yesterday, igniting continued debate on the merits of “going corporate.” The story seems mostly accurate, though I have a couple of minor quibbles:

As you’ve probably heard, Bike Party has expanded to hundreds of locations around the world. We have a Bike Party on three Fridays of the month somewhere in the Bay Area, as well as one in Santa Cruz, each with their own vibe. San Jose regroups now feature food trucks, vendors selling bike lights and t-shirts, mobile bike repair, and dance floors complete with disco lights and professional DJs.

I personally regret that some of the family friendliness has gone by the wayside but it is what it is. SJBP draws a fantastically diverse crowd for a 25 mile bicycle ride. People of all ages and every ethnicity, economic class, and gender identity represent at San Jose Bike Party. 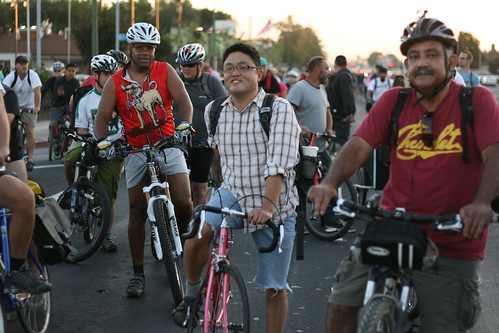 San Jose Bike Party rolls this Friday night with a Las Vegas theme. The November ride begins and ends on South 10th Street near Tully Road, looping up to downtown San Jose, over to Race Street via Auzerais, skirting the city of Campbell on Bascom, down to Cambrian Park via Union, and back to the start on Curtner. Have fun and stay safe.