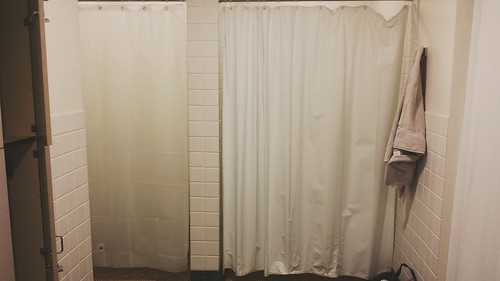 I was showering in the locker room at my office the other week when I hear the guy in the next stall over hack what sounded like a huge loogie. After my neighbor loudly cleared another lung booger, I let him know how I felt about his rudeness.

After a moment of silence, Aqualung responds, “Excuse me?”

“That’s nasty. Don’t spit your slimy globs in the shower!”

His clever retort: “Mind your own business,” which he defiantly punctuates with a series of more loud expectorations.

Seriously, who spits phlegm in the shower? I can’t even picture doing this at home, let alone in a public shower.

Photos of occupied showers are also rude, for whatever that’s worth.

That is all. Please enjoy the rest of your day.