Richard MasonerJune 11, 20158 Comments on My occasional appeal for BikeLink at Diridon

Update: Robert Prinz of Bike East Bay tells me BikeLink lockers are on the way to all Capitol Corridor stations, including Diridon, sometime this year. The Capitol Corridor Joint Powers Authority (CCJPA) bike access plan adopted in 2013 specified plans for these electronic lockers, and they’ve recently obtained the funding to install these stations!

BikeLink lockers are the electronic key lockers available through downtown Santa Cruz and scattered at a handful of locations around the Bay Area. I wish we had them at Diridon Station and elsewhere around downtown San Jose, California. 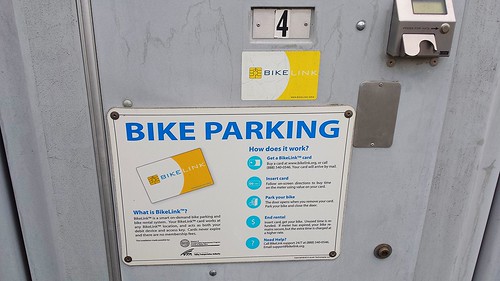 When he ran the parking operations for the city of Santa Cruz, my buddy Matt Farrell sought and obtained funding to have these electronic bike lockers installed through downtown Santa Cruz. They use a stored-value card from BikeLink. The locker slurps 3 cents to 5 cents per hour from your card while your bike is inside. BikeLink tells me they’ve had two thefts in something like 20 years of operation in Santa Cruz.

The usual solution is to reserve a locker for a single person by giving him a key to the locker for a year. This person then uses his locker two or three days a week.

BikeLink enables shared use of lockers. You look for an available locker, slide in your BikeLink card and the door pops open. Slide your bike inside and retrieve it later. 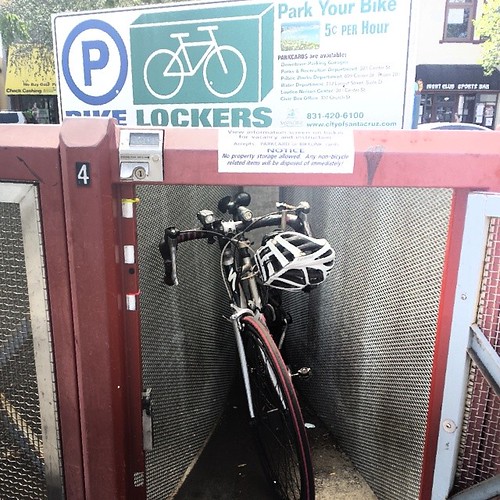 VTA has several BikeLink lockers available at Light Rail Park-and-Ride locations around the South Bay. They don’t appear to be well used, but I think that’s because we don’t really have a capacity issue on light rail.

There’s always demand for secure bike parking in and around downtown San Jose. The bike racks are jam packed at Diridon Station, where theft is an issue. I think publically accessible BikeLink lockers would be great at other locations around downtown, too, such as at San Pedro Square and City Hall.

BikeLink says their lockers run about $3,500 per locker, vs $1,600 per space for a more traditional assigned locker. They point out, however, that BikeLink serves about 10 times as many cyclists. In other words, BikeLink lockers serve three times as many cyclists per dollar spent. For anybody contemplating secure bike parking, how does this not make sense?

I attended the VTA BPAC workshop last night where they kicked off their planning for the next county bike plan update. I penciled “BIKELINK BIKE LOCKERS IN SAN JOSE” into the wish list.