Tomorrow is the third Wednesday of January, which means San Jose Bike Train rolls from Diridon Station to points north along the Guadalupe River Trail on the morning of January 21, 2015. 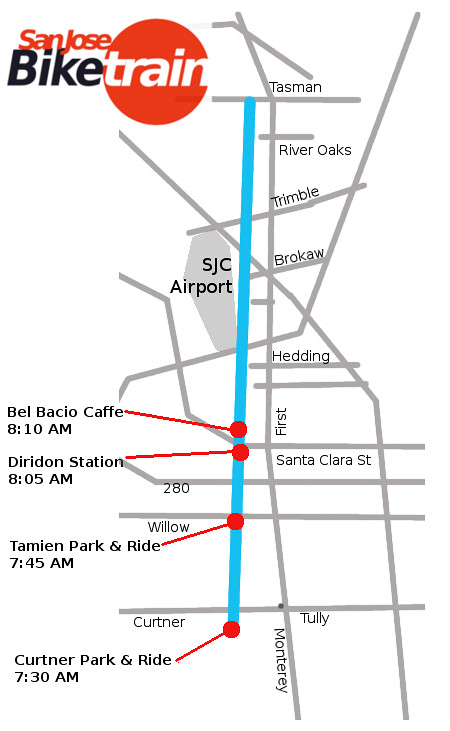 The map above shows the route and stations. To learn about San Jose Bike Train for 2015, please read here, but to summarize: Bike Train is a casual paced ride intended to introduce the bike-curious to bike commuting in a low-stress, welcoming environment for all types of people on all types of bikes in any kind of apparel.

Yet Another Ridiculously Resilient Ridge of high pressure has settled in over the west Pacific, which deflects moisture north, resulting in great bike weather for the Golden State, and (a less fortunately) continued drought here and flooding in Washington state.

As before, if you would like to meet Bike Train at either Tamien or Curtner, you must RSVP to me via a comment here, on Twitter, or on the San Jose Bike Train Facebook page.