Newly elected San Jose Mayor Sam Liccardo released a message highlighting the budget priorities for 2015-2016. In his press release, Liccardo and his allies emphasized the concern most often expressed by San Jose residents, namely that of reducing crime through increased police spending. I’m happy to see, nonetheless, that Liccardo and other members of the city council include traffic safety in their goal of a “Safer, Smarter San Jose.” 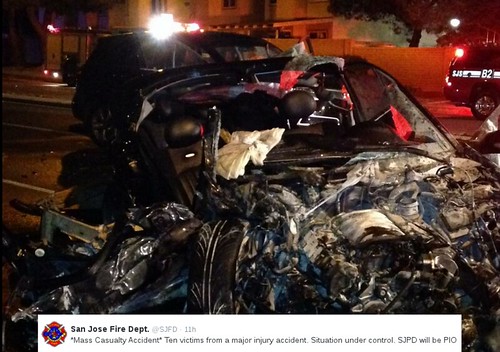 The third largest city in California and the self-proclaimed “Capitol of Silicon Valley” routinely lags behind much of the rest of the San Francisco Bay Area in per-capita revenue even as it must support 175 square miles of sprawling infrastructure. While other Santa Clara County cities restricted housing in favor of industry and commercial development, which require fewer and less expensive city services, the city of San Jose became a bedroom community for the rest of the Bay Area. The result is high turnover for senior managers, poorly paid staff and capital improvement challenges in relation to its wealthier neighbors.

As part of the budget process, the city routinely surveys residents in English, Spanish and Vietnamese, asking what the city’s highest funding priority should be. According to this survey of 1002 randomly selected residents, the highest priorities are:

With increasing crime (including dramatically more gun homicides from previous years) and low morale in the police force, public safety dominated discussion during last year’s mayor’s race. Public safety is especially important for users of active transportation: you shouldn’t have to feel like you need to be a “fast and fearless” cyclist so you can escape from hoodlums and other assorted ne’er-do-wells. An unsafe city discourages transit ridership and reduces civic involvement as people cloister themselves in their cars, their homes, and their private clubs and communities. 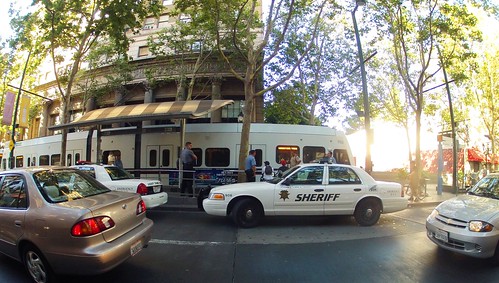 “More police spending” is generally a good way for local politicians to win votes and approval points. Spending money on traffic safety for vulnerable road users, however, is a risky move that can result in unfavorable press coverage. I was pleased to see the Mayor’s office address this important livability issue, with an emphasis on Capital Improvements that prioritize pedestrian safety over vehicular throughput.

Safer Streets for San Jose: In light of the spike in pedestrian deaths and serious injuries throughout our City, we need to continually re-focus our commitment on making streets safer for pedestrians. Vice-Mayor Rose Herrera has called for a more proactive citywide approach to traffic calming program to address traffic safety concerns, with enough funding to allow each Council District to prioritize important projects.

To address the situation, the City Manager is directed to target future CIP investment to have the maximum impact on reducing injury crashes, with priority placed on pedestrian safety. The City Manager is further directed to allocate one-time funding from the Construction Excise Tax, or other appropriate funding sources, to allow for neighborhood traffic calming and pedestrian safety improvements in each Council District.

Lastly, the City Manager is further directed to use the Annual Transportation Safety Report to the Transportation and Environment Committee to report on current safety initiatives and how future investments in 2015-2016 and beyond will target gaps and identify potential improvements in the areas of education, engineering, and enforcement.