The city of San Jose Department of Transportation invites the public to their plans for new bike lanes and other work for White Road, from McKee Road to Ocala Avenue in the east side of San Jose.

At previous bike project meetings, east siders have shown strong and consistent support for additional bike projects. This project falls firmly within City Council District 5, represented by the recently elected Magdalena Carrasco. Council Member Pierluigi Oliviero of District 6 was absolutely hammered with complaints about the proposed bikeway for Park Avenue through his district from bikeway opponents. Please be sure to let Carrasco know what you think of the plans for White Road. 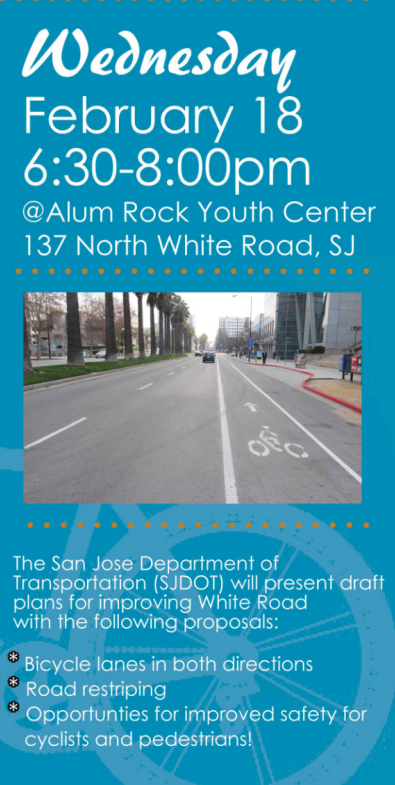