Those who ride the Guadalupe River Trail north of downtown San Jose, CA likely have at least tried the short stretch of gravel on the west bank side of the trail between Julian Street and Coleman Avenue where the trail crosses the Union Pacific railroad tracks. 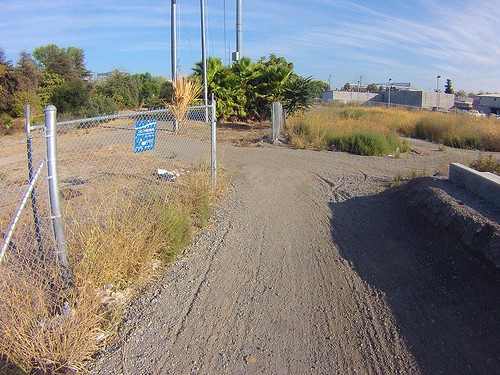 Love it or hate it, this stretch will be closed and replaced with pavement beginning near the middle of September. The trail here will be rebuilt as part of the larger Autumn Parkway project, which connects San Jose Market Center (i.e. the Target store plus other retail and dining) to the Diridon Station area via a new connection to Julian Street.

My best time for this part of the trail, per Strava, is 13 seconds for both northbound and southbound directions. A sometimes riding buddy of mine, Antony Wilson, owns the KOM at 11 seconds. He rides a mountain bike more than road and it shows in his handling on this gravel section. Opportunity for crashing abounds here so please don’t kill yourself.

This is our usual route for San Jose Bike Train, but we’ll detour to the east bank for the duration of this construction project. The west bank of the trail is supposed to open again after Christmas 2015 2016.

Trail closure announcement here. Thank you to Roger for the heads up about this.