Because I organize San Jose Bike Train — the twice monthly bike ride to encourage people to try commuting by bike across the city of San Jose — I’ve opened myself up to liability. I’ve realized this from the start, but think about the potential impact only occasionally. 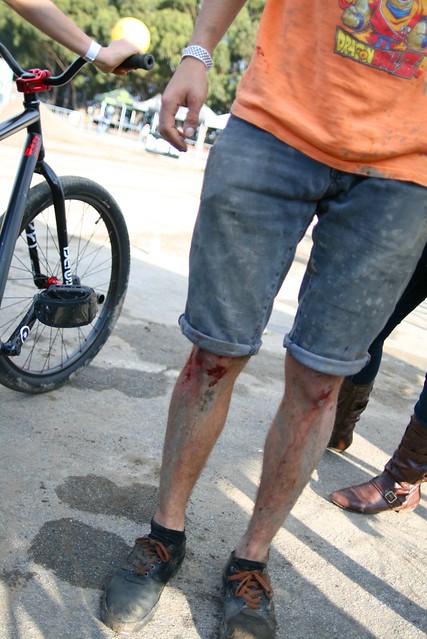 My lawyer friends tell me I should at least require participants to sign a liability waiver. I think most people won’t mind doing this, but I’ve resisted because it adds a “pro” feel to this ride that I’d like to avoid.

Jim Moss of Recreation Law in Colorado writes about bicycle events and liability at his blog. One of the very good points he brings up that I hadn’t considered: Even if an injured participant is your best bro, you might still get your pants sued off because:

Jim makes several other good points in his article about bike shop liability for events. Once I can afford it I’ll probably pay him to write up a liability release for San Jose Bike Train.

Your thoughts? Yay or nay on a waiver for a casual commute?