Richard MasonerAugust 12, 20152 Comments on What is a Mobility Plan, and how can you influence its outcome?

All California cities and counties are required by state law to adopt a long term general plan. Under state law, zoning, infrastructure spending, and development agreements must be consistent with the adopted general plan. By statute, general plans contain several elements, each with equal standing, that address land use, circulation (i.e. transportation), housing, conservation, open space, noise, and natural hazards. Some local and regional governments include optional elements such as air quality or public health in their general plan as well.

Bike advocates and some members of the public are now beginning to understand what planners have known for years: that these elements are all interconnected. If the land use and housing elements of your general plan encourage low-density dispersed development, for example, you will have problems with traffic, noise, environmental quality and public health.

After Governor Schwarzenegger signed AB 1358 into law in 2008, multimodal and Complete Streets transportation policies are now required for any new and updated circulation elements in a general plan.

Congestion Management Agencies (CMA) in California also create long range transportation plans with the local jurisdictions in their areas. A 2014 lawsuit filed against the San Diego Association of Governments (SANDAG), which is responsible for transportation planning in the San Diego region, affirmed that the Sustainable Communities Strategy defined in SB 375, by which agencies must define how greenhouse gas emissions are generated and limited, is also now required in these CMA transportation plans.

Transportation plans adopted around the Bay Area since about 2010 include a Complete Streets and Sustainable Communities Strategies component, similar to what the LA city council approved this week. 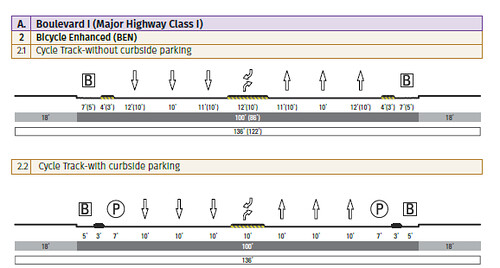 The Valley Transportation Agency, which acts as the congestion management agency for Santa Clara County, approved the Valley Transportation Plan (VTP) 2040 in October 2014. The VTA and the County Roads Department are now in the process of updating the county bicycle plan in the context of this VTP. This plan is not on tonight’s BPAC meeting agenda, but feel free to show up and make your three minute comment supporting active transportation anyway.

The city of San Jose “Envision San Jose 2040” general plan, adopted in 2011, encourages the development of active, walkable, bike-friendly, transit-oriented mixed use “urban villages,” which are proven to reduce total vehicle miles traveled. The General Plan establishes the Urban Villages concept to create a policy framework to direct most new job and housing growth to occur within walkable and bike friendly Urban Villages that have good access to transit and other existing infrastructure and facilities.

The circulation element in the 2010 Alameda County General Plan includes some provisions for bicycle and pedestrian safety. The policies seem fairly weak, with wording along the lines of “improve traffic flow but don’t endanger pedestrians and cyclists.” 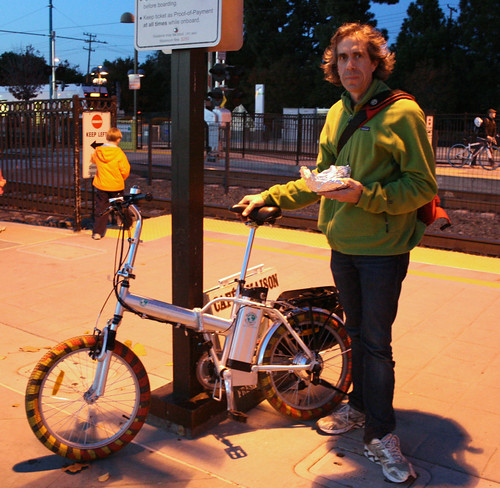 San Mateo County’s 1986 General Plan has been updated in a piecemeal fashion. The goals and objectives of the transportation element begins with a Complete Streets provision to “serve all categories of transportation users and goods, providing safe, efficient, comfortable, and convenient travel along all streets through an integrated, balanced, multimodal transportation network that meets the needs of all users of streets, roads, and highways for safe and convenient travel in a manner that is suitable to the rural, suburban, or urban context of the General Plan.”

The city and county of San Francisco transportation plan seeks to intentionally limit motor vehicle capacity to reverse decades of auto-centric policies. “The basic assumption of the Transportation Element is that a desirable living environment and a prosperous business environment cannot be maintained if traffic levels continue to increase in any significant way. A balance must be restored to the city’s transportation system, and various methods must be used to control and reshape the impact of automobiles on the city. These include improving and promoting public transit, ridesharing, bicycling and walking as alternatives to the single-occupant automobile; limiting the city’s parking capacity, especially long-term parking in commercial areas; directing major traffic movements to certain routes; and limiting the vehicular capacity of the city’s streets and highways.”

When Sonoma County updated their transportation element in 2010, they renamed this portion of their General Plan to “Circulation and Transit Element,” specifically calling out the newly adopted Complete Streets state law in the document. “Elevating public transit and related infrastructure to an equal level of consideration as travel by automobile is one of the basic principles of the Complete Streets Act of 2008, which mandates that all cities and counties modify the circulation element of their general plans to provide for a transportation network that equitably meets the mobility needs of all, including pedestrians, bicyclists, children, students, persons with disabilities, users of public transportation, together with motorists and movers of commercial goods.” 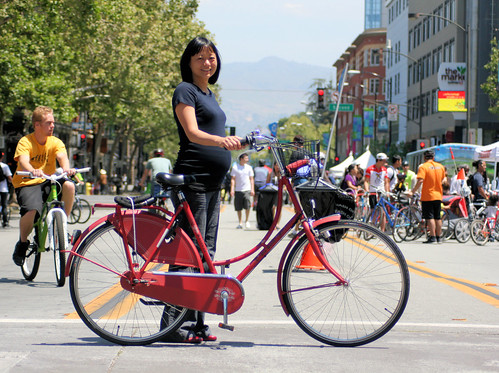 The Solano County Board of Supervisors approved their current general plan in 2008, just before the Complete Streets Act became law. Nonetheless, the general plan vision statement emphasizes a desire for transportation choices. “We will reduce our reliance on automobiles to meet our daily travel needs. By considering human and environmental needs equally, we can create a place where people may choose to live, work, and play within close proximity; a place where nature, farmlands, and water are valued; and a place where people have choices for housing, employment, transportation, and recreation.”

And … so what? What does this mean for me?

The California Supreme Court has ruled that a city of county general plan is “the constitution for future development.” Your local government is required to follow the goals and policies contained in the general plan, but it’s up to you to hold their feet to the fire when they go against the plan. Biking In LA, for example, points out that key battles remain to be fought in spite of the adoption of a visionary transportation plan for Los Angeles. Advocates in San Francisco have pointed to that city’s “Transit First” policy and their transportation plan to reduce auto-dependence when fighting for better bicycling facilities. San Jose residents are now pointing to San Jose’s Envision 2040 plan in the debate about the Lincoln Avenue bike lanes in Willow Glen. Elsewhere in Silicon Valley, bike advocates are using the Valley Transportation Plan to fight proposals to widen Highway 85 and a number of expressways throughout the county.

These plans do not guarantee pro-bicycling decisions in the future, but they can be a useful weaon in your toolbox when you write to your local elected officials.