Richard MasonerApril 29, 201610 Comments on Bike school: Should people on bikes be required to use bike paths? 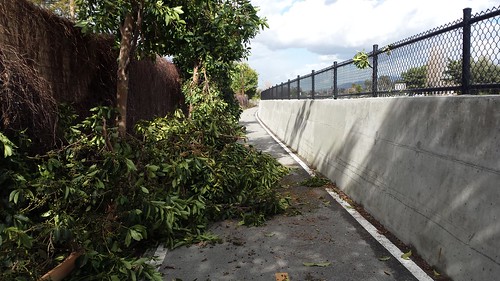 Happy Friday, all. I occasionally participate in the weekly BikeSchool Twitter conversation that takes place every Thursday night beginning at 6 P.M. California time. A “professor” asks a series of questions to generate discussion on bike-related topics.

Last night’s guest professor, Matthew Dyrdahl, is the Bicycle & Pedestrian Coordinator for the city of Minneapolis, MN. Among his many good conservation starters, he asked if people “should” use a path next to a road if it’s available.

****Q10 If there is a shared-use path (aka: a trail) adjacent to the roadway, should people on bikes use it? #bikeschool

I think most people discussed this in terms of using a shared path, i.e. if there’s heavy pedestrian usage, should cyclists use the path? Given Matthew’s position as a Bicycle and Pedestrian Coordinator, I realize now that he maybe asked this in terms of cyclist and walker conflict on shared trails.

Last night, though, I assumed Matthew was asking about this in terms of the motoring public’s perceptions and, more specifically, mandatory sidepath laws. In other words, should cyclists be required to use a sidepath if one is available next to the roadway? I answered:

#bikeschool Q10 mandatory sidepath laws evil. If facility good, people will use it. If facility bad, shouldn't be compelled.

To expand on my 140-character summary: If a bike facility is worth using, people will naturally use it. If the path off to the side of the road is not worth using, the cyclist shouldn’t have to be legally compelled to use it.

We don’t ride our bikes in traffic because we think it’s fun to get out in front of people in cars, nor do we do so because we’re ignorant or stupid or lack ‘common sense.’ We do it because we need to get from Point A to Point B. If a good path is available nearby, I’ll probably use it. If I’m riding on a narrow road with heavy traffic in spite of the presence of a nearby path, however, there’s a good reason I avoid that path. 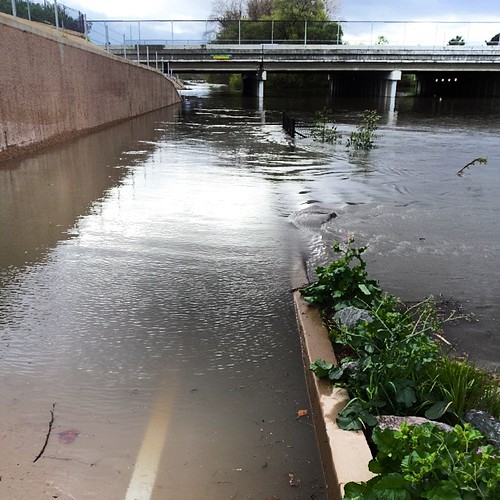 Those with a windshield perspective often don’t understand why that guy on the bike is on the road in spite of the perfectly usable bike path just over yonder. Even many policy savvy and informed cyclists wonder why cyclist’s shouldn’t be compelled to use a bike path. Let me list a few reasons:

What’s your personal story of that time a helpful friend directed you to a safer, alternate route through an active artillery range?