Richard MasonerJanuary 12, 20162 Comments on Bike to the Park, win a free bike

“Your park is only a pedal away on September 24th,” said Jim Sayer, executive director of Adventure Cycling Association. “You can ride one mile or 100 miles, you can go solo, ride with friends or bring the kids — it’s all about getting people to explore and discover the parks and public lands out their back door by bicycle.”

“Bike Your Park Day is a great opportunity to promote healthy, active recreation in our parks while at the same time encouraging family-friendly activities during the NPS Centennial year,” said Bob Ratcliffe, NPS Program Chief of Conservation and Outdoor Recreation. “It’s a much better experience seeing our parks from the seat of a bicycle than sitting in a car!”

For those who are new to bicycling or unfamiliar with local routes, more than 100 Bike Your Park Day ambassadors are available in 47 states to answer questions about bicycling, safety, bike-friendly routes, and nearby parks and public lands. These ambassadors are volunteers who are eager to share their local and regional knowledge and offer ride recommendations. 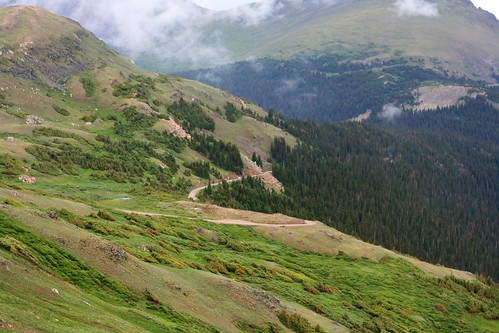 US National Parks normally charge an entry fee for cyclists equal to half the fee for cars. Hence, it’s normally cheaper for a family or small group to drive to a park than it is to bike. That family of four shown in the Adventure Cycling photo above, for example, would normally pay $60 to enter Yosemite National Park, vs $30 if they all rode in a car. A fee-free day like September 24 is a good opportunity to bypass car traffic on your bike.

Adventure Cycling encourages group rides to parks for National Bike Your Park Day, but the busier National Parks require special use permits for organized rides, with an application required two to three months prior to the ride. Check the regulations of the National Park you plan to visit for specific details. Conversely, day hike groups of up to 35 people all arriving in individual automobiles require no advance notice or permit in spite of their much greater impact on park infrastructure; go figure. 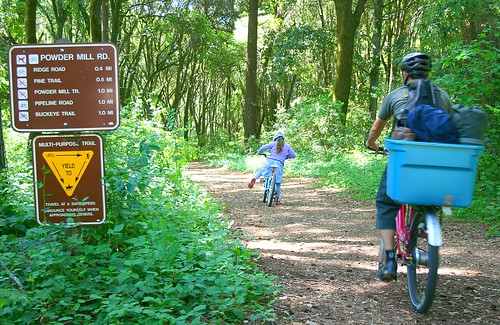 Most California State Parks and State Beaches charge an entry fee for people who drive in, but those who walk or bike always enter for free.

We have 11 state parks and 18 state beaches in Santa Cruz County, the Golden State’s second smallest county by land area. The natural beauty and historical opportunities more than make up for reduced tax base. All are worth visiting. Most are easily accessible by bike, with a small handful requiring a little extra effort in terms of elevation gain or distance from population centers.

I’ve already registered a family fun ride to Henry Cowell Redwoods State Park in Santa Cruz County, California from the Scotts Valley Transit Center for September 24. Details are to be determined, but I’ll schedule departure with the arrival of a Highway 17 bus from San Jose, and plenty of day parking is available on Saturdays at this park and ride lot. We’ll ride down Mount Hermon Road, take Conference Drive (an abandoned road) to the Mount Hermon Conference Center, cross through Roaring Camp Railroad and into the state park where we’ll stop in the Nature Store for some Marianne’s ice cream before enjoying a serene, one mile walk on the Redwood Grove Loop Trail. It’s a fun, low-key adventure, and it’s only a four miles each way.

This ride is suitable for just about any kind of bike and rider, though there is a short dismount zone on Conference Drive where smaller children and those with heavy bikes may need some assistance. I marked this as a “Beginner” ride, but there is brief exposure to fast car traffic, and two intersections where crossing the road must be done quickly. Middle schoolers with some bike riding confidence can handle these roads; younger children may require significantly more shepherding depending on their skill level.