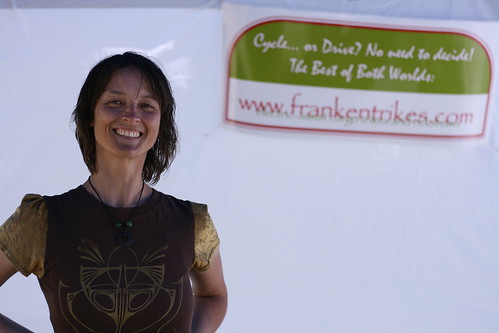 I asked Segue, “Why Frankentrikes?” Her first trike was stitched together from the remains of dead bikes. After she applied a jolt of electricity (provided by batteries mounted under the carriage), the beast began to move.

And what a beast! Segue designed her Frankentrike as something that’s useful sort of like a car, but without many of the drawbacks. And as you can see on the faces of the passengers and the driver at the Silicon Valley Bikes festival yesterday, this thing is pretty fun. 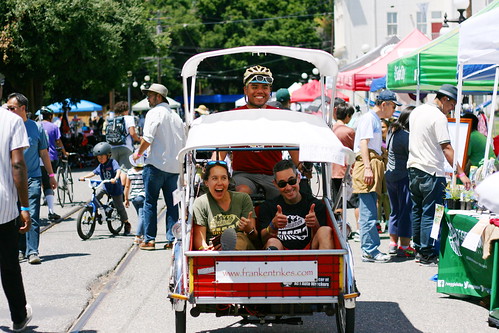 Learn more about Frankentrikes at the website. I also encourage you to check out the Frankentrikes crowdfunding campaign before it expires in 11 days.