The city of San Jose Bicycle / Pedestrian Advisory Committee is a group of citizens providing input to city staff (mostly the SJ DOT) and city council (usually through SJ DOT staff) on issues important to people who walk and bike in the city of San Jose. Up to eleven members are appointed by the director of the San Jose DOT. Committee members must either work within the City or be residents of San José. Committee member terms last two years, with six seats expiring in even years and five seats expiring in odd years. A term on BPAC runs from July 1st through June 30th of the second year. 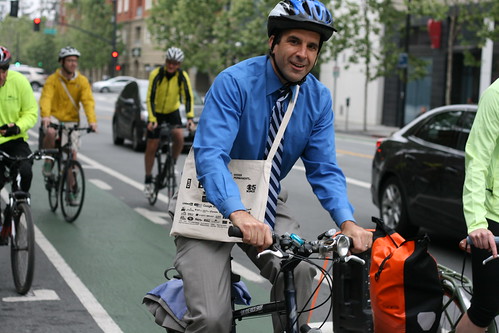 2016 is an even year, so they need six new members. Meetings are every other month, generally at 6 PM on the second Monday of the month at City Hall in downtown San Jose. Meetings typically take about an hour, though they’ve occasionally stretched much longer.

I hear people who live outside of downtown complain that their part of town is ignored, so feel free to make your voice heard. The diversity of San Jose’s biking population also isn’t well represented in the current BPAC, so I encourage you to spread the word about these openings to the various communities that make up San Jose.

To learn more and apply, visit the San Jose BPAC web page. Applications are due on or before June 3rd, 2016. DOT staff who review these applications know me so feel free to name drop if you think it can help.