The city of San Jose, CA will hold a community meeting to discuss potential non-auto transportation projects in the area around Winchester Boulevard and Williams Road. Williams is located south of I-280 about midway between Stevens Creek Boulevard and Hamilton Avenue.

The 215 residential units at the Reserve Apartments at the corner of Williams and Winchester will be demolished and replaced with 650 new residential units and 8,000 square feet of retail space. Surface parking will be mostly replaced with a two-story underground parking structure under the housing and retail space. A traffic impact analysis determined this project will have significant and unavoidable “Level of Service” impacts to three major intersections in the vicinity of this project: Winchester & Stevens Creek; Monroe & Stevens Creek; and San Tomas at Moorpark. 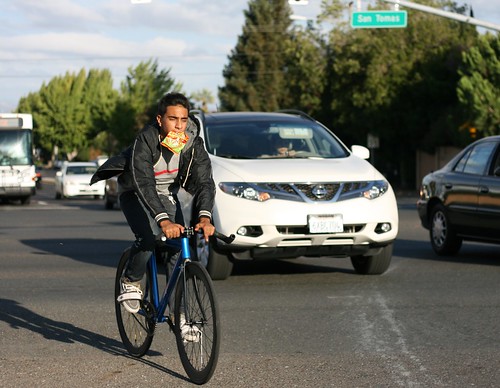 No mitigations to “improve” traffic flow on Stevens Creek are possible, so the developer is required to pay a traffic impact fee, which the city of San Jose will use for projects to enhance non‐auto travel modes in the area affected by the project. Neighbors will be asked to provide suggestions on improvements not already on the list and then prioritize the transportation projects.

West Side San Jose is locally known for it’s dearth of good bicycle and pedestrian access. The map below shows hot spots for collisions involving pedestrians and cyclists. I’ve drawn red circles around some of the worst areas, which include Winchester Boulevard, parts of Stevens Creek Blvd and Saratoga Ave, and intersections along San Tomas Expressway. 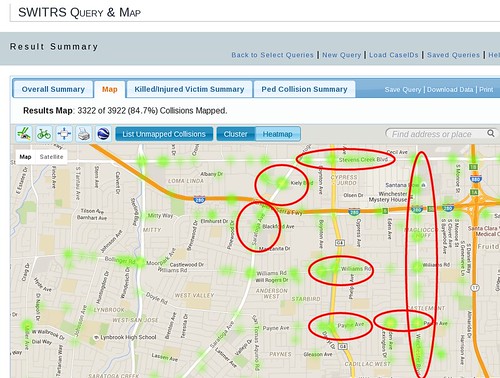 I don’t highlight them in this map, but of 11 pedestrian or cyclist fatalities between 2005 and 2014 in West San Jose, four occur on I-280. People risking their lives to run across a busy freeway are a pretty good indication that existing pedestrian crossings are exceedingly sucky. Another two fatalities occurred where the Cypress Avenue bike bridge across I-280 dumps out onto Moorpark Ave. 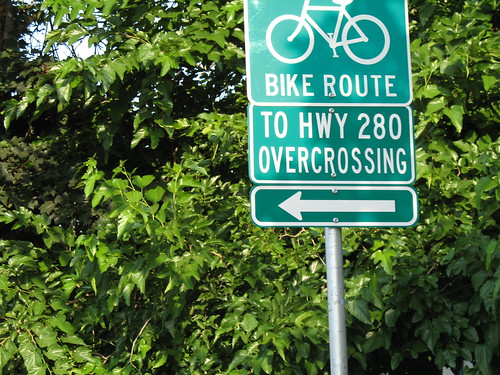 East-West access between West San Jose and midtown/downtown across I-880/Highway 17 in this vicinity is across Stevens Creek Boulevard, on Forest Avenue between Valley Fair Mall and O’Connor Hospital, or on the Westfield/Downing bike bridge. Even with its recent improvements, Stevens Creek over I-880 is fairly ugly.

Forest has less traffic but still requires assertive lane taking, while the bike bridge can involve a mile and a half of additional riding, depending on your start and destination.

Planned bike facilities for this area

I don’t know (yet) what specific projects the city will ask about, but bike lanes are planned for these streets in the vicinity of this Reserve Apartments project: 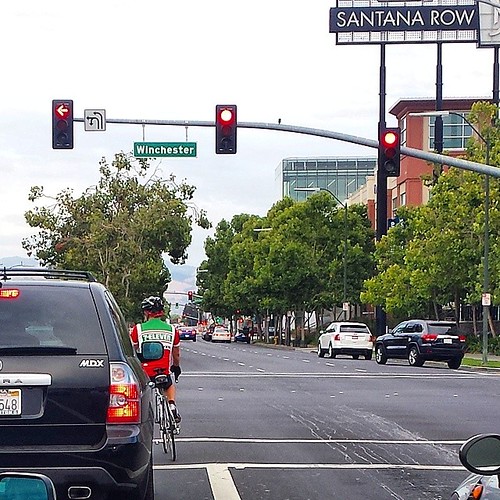 The consultant hired to perform the traffic analysis also suggests modifying the traffic signal and lane configurations at the Winchester Boulevard and Williams Road intersection, including the removal of the traffic island on its north approach to increase pedestrian crossing safety.

The public are invited to a community meeting to discuss how to use this project’s traffic impact fees for bicycle and pedestrian projects. The meeting begins 6:30 PM on Tuesday, March 15 2016 at the Winchester Room of Winchester Mystery House, 525 S. Winchester Blvd. City staff will present a list of potential transportation improvements that will improve and/or enhance non‐auto travel modes in the area affected by the project. Neighbors will be asked to provided suggestions on improvements not already on the list and then prioritize the transportation projects.