Good morning, all. I anticipate a busy year on the legislative and political advocacy front so let’s get under it and lift while we can. 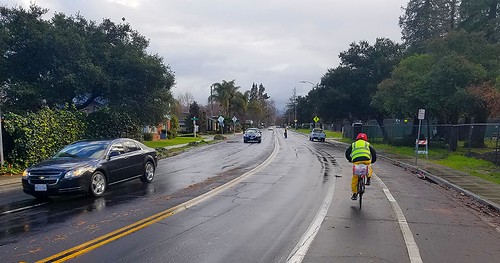 At the end of 2016, the California Bicycle Coalition (CalBike) announced their 2017 legislative priorities. They are:

Last week, Assembly Member Sabrina Cervantes (D-Riverside) introduced AB-179, which she says will restructure the California Transportation Commission (CTC) by requiring “specific technical backgrounds” for some commission members. The bill would change state law by mandating “training and experience in sustainable transportation that includes addressing bicycle and pedestrian safety issues in transportation” for one of the 13 members of the commission.

In addition to somebody with expertise in bicycling and pedestrian issues, Cervantes would like other CTC members to have other, specific requirements: a member with knowledge of sustainable transportation that includes addressing transit issues; another who is an authority on the public health effects of transportation; another who is knowledgeable of climate change mitigation.

AB-179 also creates a five-member Environmental Justice Advisory Committee to the CTC, with members nominated by environmental justice organizations and community groups representing communities disproportionately burdened by, and vulnerable to, high levels of pollution and other environmental justice issues. This committee would advise the CTC Board in its allocation and programming of transportation moneys and any other pertinent transportation policy matters.

The California Traffic Control Devices Committee, which creates the uniform standards and specifications for all signs, lights and pavement markings used on California roads, has proposed new sign designs for Neighborhood Electric Vehicles (NEVs), which are battery-powered small vehicles with a top speed of 25 MPH and are typically seen in retirement communities. You might know them as golf carts.

Proposals include new signs to designate lanes that are allowed for both NEVs and bicycles (as shown above), including signs for NEV parking, and NEV prohibited.

These sign proposals will be discussed at the next Caltrans Bicycle Advisory Committee meeting on February 2, 2017. The CTCDC will vote to accept or reject these new signs at their March 2, 2017 meeting. If the signs are accepted, they’ll go into the next update the California Manual on Uniform Traffic Control Devices (CA MUTCD). Thank you Jim Baross of the California Association of Bicycle Organizations.