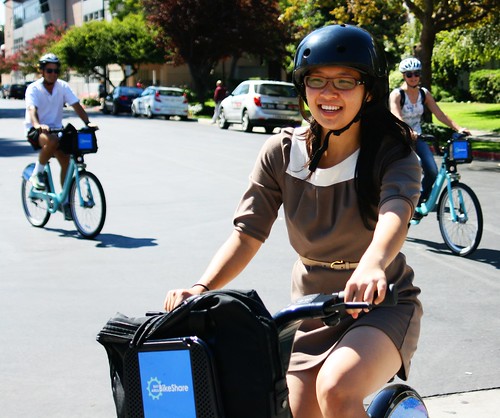 Ever since program launch, East Bay residents have clamored for a piece of the Bike Share action, and it appears they may see their wish come true.

Eric Tucker tweeted this morning that MTC (the regional transportation agency) will consider expansion to the East Bay during one of the commission’s committee meetings next Wednesday, April 9.

This expansion will be considered during the Programming and Allocations Committee Meeting on April 9, 2014 beginning at 9:40 AM, in which the committee will consider revisions to $23 million in funding for the Climate Initiatives Program. Among the staff proposals: $8.7 million to continue funding the Bay Area Bike Share program and expand the system to Oakland, Berkeley, and Emeryville.

Expansion of Bay Area Bike Share ($8.7 million): Staff recommends programming $8.7 million ($2.7 million in Cycle 1 funds and $6 million in Cycle 2 funds) for continuation and expansion of Bay Area Bike Share. Staff has conducted a preliminary analysis, included in Attachment B, of the findings of the pilot program, potential new bike share locations in the Bay Area, and next steps for system expansion. Based on this preliminary analysis, the Cities of Oakland, Berkeley and Emeryville are identified for the next phase of the program. The analysis
further recommends that additional locations be analyzed to determine their feasibility, including key regional transit stations, and sites with high concentrations of jobs as a “last-mile” solution for transit users.

Staff will return to the Committee with a detailed expansion plan, including business model and system management recommendations, later this year. In the meantime, staff notes that the cost of implementing an expanded program will exceed available Climate Program funding and is seeking concurrence from the Committee to apply to the Statewide Active Transportation program to augment available funds for the regional Bay Area Bike Share program.

MTC staff proposes 60 stations for the East Bay, with 450 bikes in Oakland, 300 in Berkeley, and a number to be determined for Emeryville. 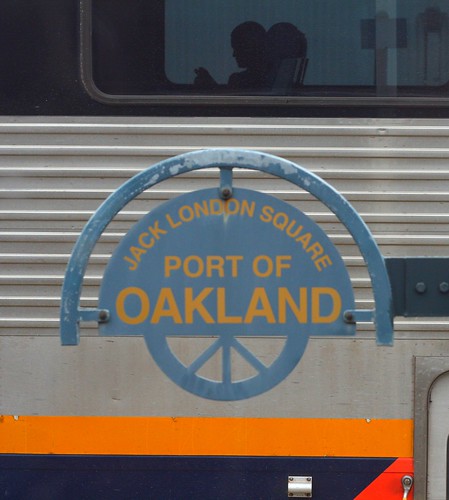 You can comment on this and any other item of business at the committee meeting on April 9, 2014 at 9 AM. The meeting takes place at the Joseph P. Bort MetroCenter, Lawrence D. Dahms Auditorium, 101 Eighth Street, Oakland, California 94607, located directly across the street from the Lake Merritt BART station. To speak, you request a comment card from staff and submit it to the committee secretary.

Public comment will also be received on this item until April 23, 2014, after which the full Commission will vote on the item. To submit comments to the Metropolitan Transportation Commission:

All public comments become a part of the public record. When commenting, refer to “MTC Resolution No. 3925: Revisions to the Cycle 1 Climate Initiatives Program and Programming of Cycle 2 Climate Program.” This resolution covers much more than just bike share continuation and expansion, so be very specific. It doesn’t have to be anything fancy, a simple “A LIVE IN OAKLAND AND SUPPORT MTC STAFF PROPOSAL TO EXPAND BAY AREA BIKE SHARE TO OAKLAND” will suffice. Personal stories about how you’d personally use bike share work well, too.