This last week I experienced my worst asthma attack in 30 years. It wasn’t particularly intense or scary, but it did lay me out for an extended period of time. After breathing treatments and some stronger medication with exciting new side effects, I’m finally feeling close to normal for the first time in about 10 days today.

While I recovered earlier this week, I dug into my Ride Every Road efforts. I endeavor to Ride Every Road in the cities of Santa Clara, CA (240 miles of surface streets) and Santa Cruz, CA (120 miles) and log those miles to Strava. I’ve covered perhaps 80% of roads in both of those cities.

My own city of Scotts Valley (population 12,000) has perhaps 40 miles of surface streets. Theoretically, I should be able to knock out the whole town in perhaps half a day of riding. Wednesday afternoon, I felt good enough for a slow, 10 mile ride, so I thought I should be able to cover a good chunk of Scotts Valley roads. But check out the ludicrous elevation profile in my mountain town — that’s a 1000 feet of climbing just to get from one end of town to the other.

The city of Santa Clara covers four times the area for ten times the population with five times has many street miles, but I’ll likely complete Santa Clara first because it’s flat as a pancake.

Riding Every Road gives opportunity to explore nook and cranny of your town that you might not otherwise see. Wednesday, I discovered a fire road that takes up several hundred yards up Highway 17, and then found the huge “NO TRESPASSING SIGN” and “VIOLATORS WILL BE PROSECUTED” sign at the far end of this road just moments before encountering the private security patrolling this property.

I also enjoy finding other people participating in their own projects. Matthieu in Maisons-Alfort, France, for example, is covering every road in his commune by exploring different routes during his regular commute on a folding bike, and he photoblogs his discoveries. Mattieu posts mostly in French, but Google Translate does a fine job to get the point across.

A big pile of ICYMI

Probably the top bike story this week has been about LA attorney’s failure to charge that deputy who killed Milton Olin Jr. Deputy Andrew Wood drifted into the bike lane with as he typed into his computer, striking Olin.

The @bikefriday HaulaDay is the best napping bike. People at so friendly around my sweet sleeping cargo. pic.twitter.com/hONHOWnld9

Eurobike: DHL has replaced 10% of its fleet with these snazzy new electric assist cargo bikes built by Bullit.

Feel good story about a small town cop who recovers a bicycle stolen from a teen.

Santa Cruz County Sheriff recovers a bicycle stolen from a San Mateo man with the help of the SF bike registry.

You’ve no doubt heard that one in four London guide dogs have been hit by bikes.

Palo Alto, CA to organize a dowtown Traffic Management Association in an effort to curb traffic congestion by coordinating “incentives for downtown employees to switch from cars to other modes of transportation.” Proposed incentives, weirdly enough, include more parking and technology solutions to make parking easier.

This faux history of Led Zeppelin is a real groaner.

Transit adjacent development is not the same as Transit Oriented Development. We have the same thing going on in San Jose.

“Save Polk” people want to derail Van Ness BRT, too. (BRT = “Bus Rapid Transit”). San Jose people should watch this, which has plans to similarly replace street parking and lanes with bus lanes and bike lanes.

SamTrans General Manager Michael Scanlon announces his retirement. He also runs Caltrain, the commuter rail operation that transports 55,000 people every day up and down the San Francisco Peninsula.

An insider’s view of the crooked politics in Chicago Metra.

A look at the impacts of urban sprawl in the American Southeast. 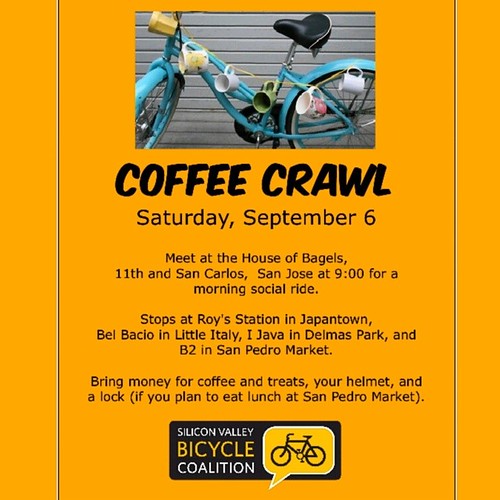 We have a three day weekend in the United States this weekend. Have a great one!