Ramona Turner’s “Street Smarts” column in the Sentinel addresses the issue of storing private property on public rights-of-way in Santa Cruz, while also discussion the multitude of scofflaw cyclists.

It occurs to me that a solution to the first issue presents itself. 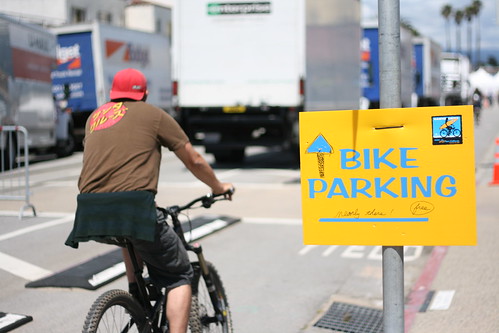 Regarding an inquiry about how many cars residents are allowed to park on the street in front of their home in Santa Cruz:

There are no limits to the number of vehicles a person may own [according to city of Santa Cruz parking program manager Marlin Granlund.

I would assume a car driver would have gotten some kind of citation.

Ms. Turner did dig up some interesting factoids about the number of ticketed cyclists in Santa Cruz County.