Richard MasonerMay 28, 20147 Comments on “Sun in my eyes” is the root password of the vehicle code

A couple of weeks ago a friend was left crossed while bicycling in Campbell, CA. The driver of a Volvo station wagon made a left turn directly into the path of the cyclist, who was traveling at 20 MPH when he hit the car. That’s fast for a bike, but well below the typical 40 MPH car speed.

The cyclist obtained the accident report to discover police assigned fault to the driver for violating CVC 21801, but did not cite the driver. CVC 21801 says the driver making a left turn “shall yield the right-of-way to all vehicles approaching from the opposite direction.”

Why did this driver get away with it? The sun was in her eyes! If you can’t see where you’re going, it’s obviously safe to pilot your death machine across a street into a driveway.

Funny thing is that this “sun in my eyes” happened on a cloudy day. 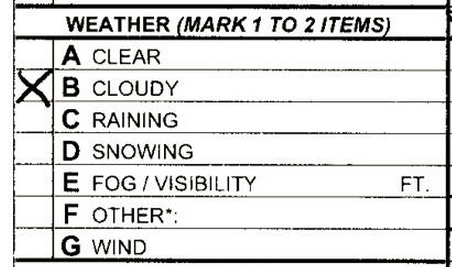 Last year, the Santa Clara County Attorney’s office declined to charge Luis Felipe Hau with a crime after Hau nearly killed a 12 year old boy on a bike in Palo Alto. Hau allegedly was speeding his Nissan Quest minivan down a bicycle lane with methamphetamine in his system when he ran over the poor kid, permanently disabling him. But that was okay because — and this is no lie — the sun was in his eyes. Said Assistant DA Susan Hendrickson of Hau’s case: “We could not find a single case where similar driving was found to be ‘reckless.’”

In 2009, an unnamed driver traveling 35 MPH plowed across a marked crosswalk and killed Joe Molinara in Pittsburg, CA. The Contra Costa County Attorney failed to prosecute because the sun was in the driver’s eyes. In those rare cases when homicidal drivers do make it to trial, the “sun in my eyes” is a common defense.

Happily, we sometimes do things a little differently in Santa Cruz County. After two children were hit in a marked crosswalk in unincorporated Live Oak, CA, the driver tried the “sun in her eyes” excuse. The local CHP office, however, explained to the news media, “It’s the driver’s responsibility to make sure they can safely drive without any obstruction. Don’t just drive blind into the sun. If you can’t see, the speed limit is zero.”

Since you’re wondering about my friend and his bike: