Goku, the other-worldly heroic protagonist of “Dragon Ball,” rides a miniature folding bicycle with drop bars in this action figure. 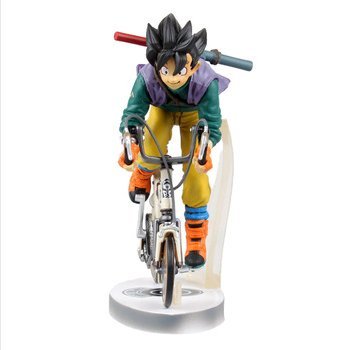 This PVC model of Aokiji Kuzan on a biycle from the anime “One Piece” isn’t really an action figure, but he does have limited mobility for some posing options. If you ever even saw an American G.I. Joe manly man action figure around a bicycle, would anyone even consider a step-through frame like this? 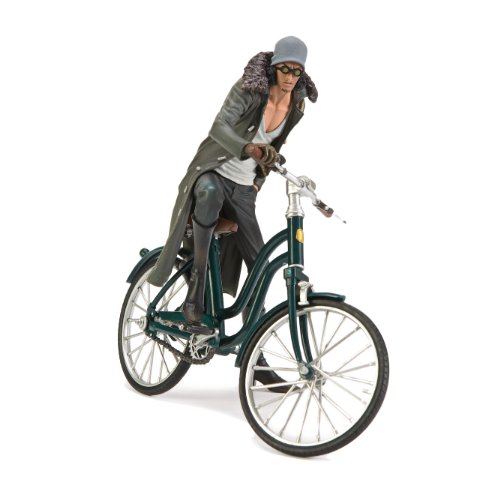 Finally, this plastic model of bike-riding time traveler Suzuha Amane from “Steins Gate” astride her Bianchi mountain bike in a fan-servicy pose stands a foot tall and is available for (*gulp!*) $170.

You can pre-order Yuusuke from Otakumode for (gasp) $62 American, with availability in July 2015. For Goku, Aokiji and Suzuha, click on the images for purchase through Amazon, of which Cyclelicious is an affiliate.