Don’t try this at home, kids, even if you’re a professional. 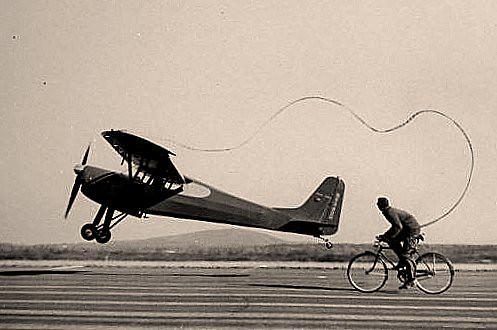 From The Atlantic: Car owners don’t come close to covering the price of maintaining the roads they use. “The amount that road users pay through gas taxes now accounts for less than half of what’s spent to maintain and expand the road system. The resulting shortfall is made up from other sources of tax revenue at the state and local levels, generated by drivers and non-drivers alike. This subsidizing of car ownership costs the typical household about $1,100 per year—over and above the costs of gas taxes, tolls, and other user fees.”

Photo: A Hindu priest rides a bicycle in Sri Lanka.

I’m waiting for a Millenium Falcon Strava Art. In the meantime, check out Lord Vader and Yoda.

Who knew New Balance has a cycling sneaker collection?

There's still time to get involved in our Autumn Instagram competition. Post your best picture with #MadeforAutumn pic.twitter.com/IRD1lrCKmi

It’s a bad year for cycling fatalities in Ohio: “Yes, EIGHTEEN cyclists killed in Ohio so far this year – We average 15-16 fatalities annually – a “good” year statistically for Ohio is 10-11 and a bad year 18+… Recent crashes have been particularly troubling and emotional including the hit/run death of Charles Startup in Oberlin, Ohio and the horrific crash in Brecksville, Ohio in which a pick-up truck made a left turn into the path of FIVE oncoming cyclists, killing Matt Billings and Jim Lambert, and injuring three others.”

Police begin to patrol a portion of a bike trail where my buddy was attacked last July. Public safety is one of those essential things we need if we want more people exchanging the perceived safety of their cars for bikes.

Don’t forget: We “fall back” as Daylight Savings Time ends in much of the United States this weekend on November 1. I recommend lights for night riding.