Yesterday was local election day in California and around the nation. For the areas I generally pay attention to, most elections were for school districts, special purpose districts, and bond measures to fund schools. 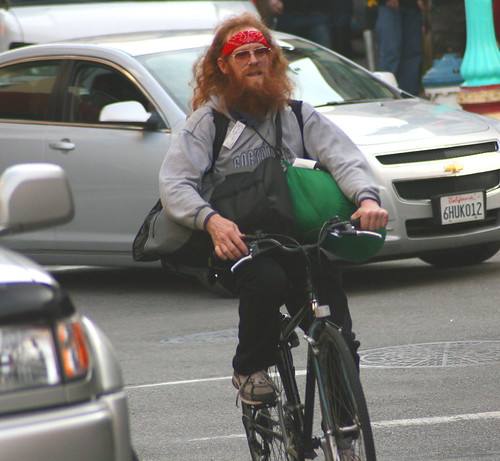 From a transportation and land use perspective, several interesting issues in San Francisco bolstered turnout to 30%, which is more than double the statewide turnout.

The San Francisco Bicycle Coalition endorsed both Julie Christensen and Aaron Peskin for District 3 Supervisor and George Gascón for District Attorney. They opposed Local Ballot Measure E (“Requirements For Public Meetings”) because of the goofy requirement to require live comment time for anyone from anywhere. Peskin won the D3 seat, Gascón remains as District Attorney, and Measure E failed.

In the city of San Carlos CA, a measure to borrow money to purchase 24 acres of the Black Mountain Spring Water site for open space failed.

Utah’s Proposition 1 to impose a 0.25 cent sales tax to fund transportation projects seems to be losing.

Meanwhile, in Myanmar, people clogged the streets with cycle rickshaws during a rally to show their support for opposition leader Aung Sun Suu Kyi and the National League for Democracy (NDL) party. The country’s first elections for a nominally civilian government take place on November 8, 2015 after a half-century of military rule. When Suu Kyi’s party won the 1990 election with 59% of the vote, the military government placed Suu Kyi under house arrest for two decades, annulled the election results, and tortured and murdered some of the other candidates who won. Previous elections show Suu Kyi and the NDL are widely popular, but hardliner Budddhist monks have become a wildcard as they organized themselves as a plainly nativist traditional-values “Association for the Protection of Race and Religion.” They’ve allied themselves with the military government amid populist claims that the NDL is anti-Buddhist.