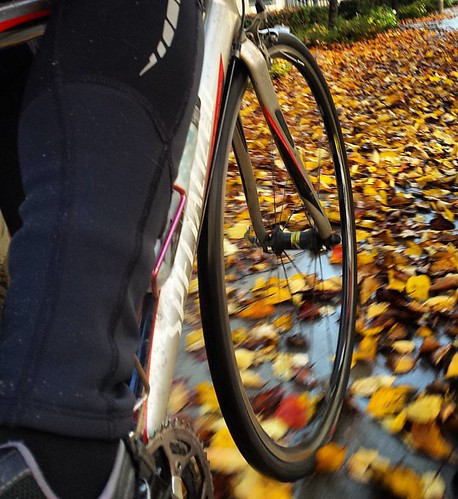 This week in Santa Clara County, we had conversations about the hazards of leaves on bike lanes and bike paths around the county and what to do about these conditions.

Meanwhile, this guy hauls his bicycle past debris and burning cars following airstrikes in Hamouria in the eastern Ghouta region, a rebel stronghold east of the Syrian capital Damascus, on December 9, 2015. The Syrian Observatory for Human Rights reported at least 11 civilians, including four children, were killed in strikes on the town of Hamouria, but said it was unclear if they were carried out by Russian or regime aircraft. AFP PHOTO / SAMEER AL-DOUMY