Portions of the San Francisco Bay Trail will be closed in San Mateo and behind Moffett Field. 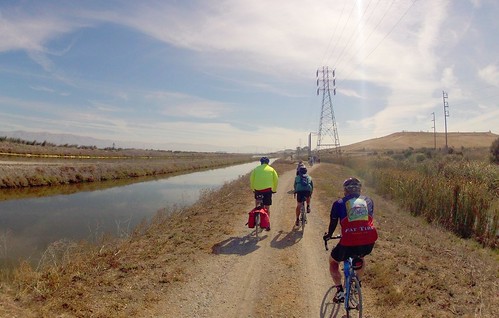 There will be minor construction impacts related to geotechnical borings on the San Francisco Bay Trail between Ryder Park and Coyote Point next to the Peninsula Humane Society on Thursday, September 3, and on Friday, September 11.

Work on September 3rd will be minimal and may require users to exercise caution when crossing through construction locations. Riders may also be asked to dismount when passing the work area.

On September 11, the trail will be closed for “approximately” half a day, “ideally from 8am -12pm” according to the city of San Mateo Public Works Department.

Portions of the Moffett Bay Trail will be closed from September 21, 2015 to February 1, 2016 for resurfacing work, with work taking place in two phases restricting access to different portions of the trail between Caribbean Drive and the Stevens Creek Trail. Below is the suggested detour map. Sandwich boards showing the detour will be placed at key intersections along this route. 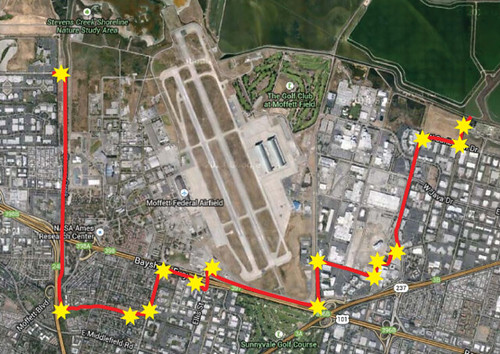