Remember, San Jose Bike Train rolls the first and third Wednesday of every month. We’ll roll 8 AM from San Jose Diridon Station for destinations north along the Guadalupe River Trail. 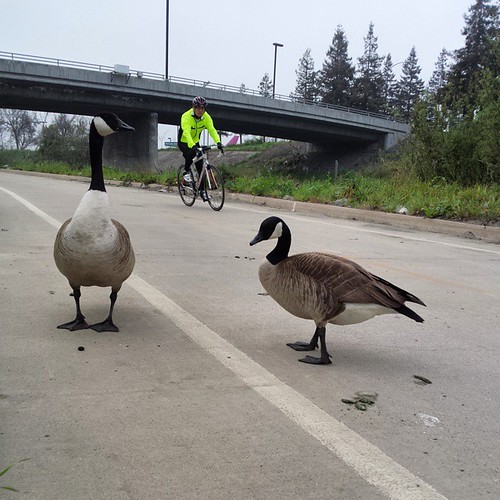 If you need to drive to Bike Train and need free parking at one of the alternate starting points, please let me know by tonight so somebody can meet you and guide you in.

The Silicon Valley Bicycle Coalition’s BikePool got off to a good start on March 18 with an evening commute from San Jose City Hall to Almaden Valley. I joined SVBC Youth Programs Coordinator Ashley Hernandez, who led the ride, along with city workers Ray, Alisar, and Tina. 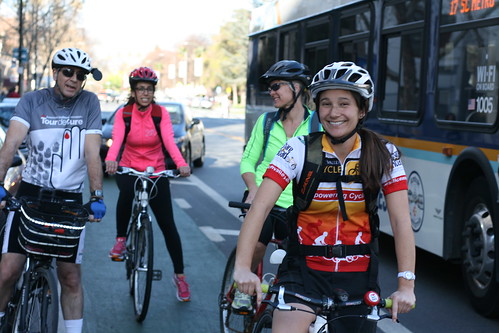 Ray has been a bike commuter from South San Jose for about a year and half and is now rabidly evangelistic about the simple enjoyment he derives from his daily commute; I’m sure you know the type. Alisar and Tina enjoy getting out but didn’t really know a good route from home to their office at City Hall. This BikePool ride helped them to explore their available options.

BikePool has launched with three routes between downtown San Jose and Almaden Valley, Willow Glen and Berryessa. If you’re interested in participating, you’re invited to fill out this form.

Finally, bike advocacy is more than just about the daily commute, fun as that may be. The Bike To Shop Day Challenge has launched! Shop by bike, submit photographic proof, and — for those in Santa Clara and San Mateo Counties in California — win prizes!