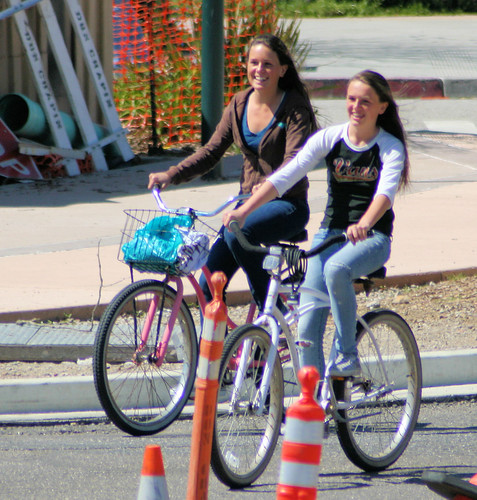 The plan describes the transportation environment in the neighborhoods around each of the ten Santa Cruz public elementary, middle and high schools, including the two charter schools. It identifies barriers to students walking and biking and provides a list of potential capital improvement projects to make active transportation safer and more convenient, using Complete Streets and Safe Routes to Schools principles to evaluate current conditions and guide the design of proposed solutions. It supports future grant applications to fund the proposed projects which would not only benefit the schools, but also the adjoining neighborhoods and the broader community.

The proposals range from simple and low-cost projects such as new signs, to major intersection reconfigurations that can cost hundreds of thousands of dollars. The most expensive, million dollar projects tend to be those to add sidewalks and paths in the neighborhoods around the schools.

The plan authors prioritized projects based on school proximity, cost, crash data, traffic volume, and feasibility. I listed the top priority project for each of the schools below. Because priority includes cost and feasibility along with benefit, you’ll see mostly low-hanging fruit that can be implemented quickly and cheaply, saving the more politically and financially expensive projects for later implementation.

People Power Director Amelia Conlen asked council for immediate funding for some projects, and asked them to move forward on bike lanes for King Street near Mission Hill Middle School.

Read more about the council meeting at the Sentinel: Santa Cruz study identifies 160 ways to improve biking, walking to school.