We’re under a Spare the Air Alert as the temperature exceeds 100°F / 37°C on this fine autumn day here in San Jose, California. The Bay Area Air Quality Management District declared another Spare the Air for the San Francisco Bay Area for tomorrow, Wednesday, September 9, 2015. 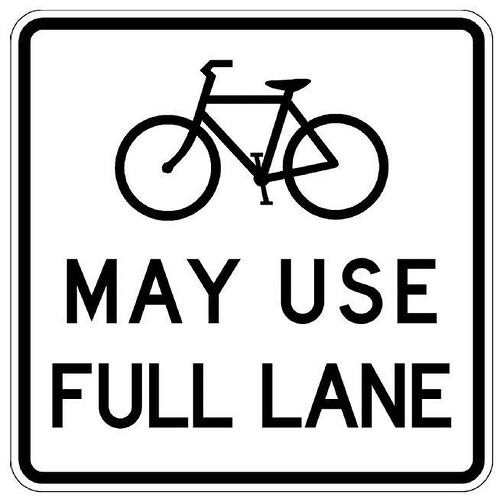 Researchers George Hess and Nils Peterson at North Carolina State University quizzed volunteers on the right of cyclists to occupy the center of a lane. They showed their subjects an unsigned road, a road with “Share the Road,” a road with shared lane markings on the pavement (“sharrows”) and a road with “Bikes May Use Full Lane.”

Hess and Peterson report that “Bicycles May Use Full Lane” signage was the most consistently comprehended device for communicating the message that bicyclists may occupy the travel lane and also increased perceptions of safety. “Share the Road” signage did not increase comprehension or perceptions of safety. Shared Lane Markings fell somewhere between. “Bicycles May Use Full Lane” signage showed notable increases in comprehension among novice bicyclists and private motor vehicle commuters.

I’ve been beating this drum since at least 2011, and I’m thrilled to see more agencies adopting the BMUFL signs. The Federal government approved these signs in 2009, and they’re legal in most states, territories and the District of Columbia with the exception of New York State.