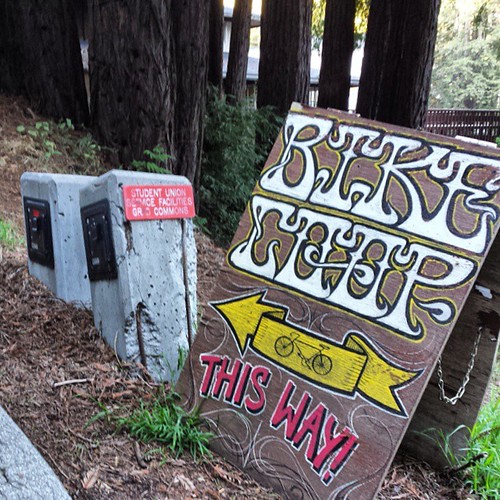 The UC Santa Cruz Police Department is seeking the public’s help with its investigation into nearly two dozen reported bicycle thefts since February 24. The thefts appear to have been mostly during the day from bike racks throughout the campus with most of the thefts being in the Porter College area. The suspect has used bolt cutters to cut off or pry open the locks. In one case, the suspect was seen after cutting a lock and fleeing on the stolen bicycle.

The suspect was described as a 5-foot, 8-inch Hispanic male with short hair and a medium build. He was wearing a white hooded sweatshirt and carrying a sling-style backpack with yellow straps.

Anyone who may be a witness or has information regarding these crimes is encouraged to call the UC Santa Cruz Police Department at 831-459-2231, ext. 1. Bicyclists are encouraged to use strong locks when securing their bikes to campus racks.

Report all in-progress crimes by calling 911.

The UCSC Winter Quarter ended last Friday; Spring Quarter classes begin Monday, March 30, so the campus is a ghost town this week and bikes are an easy target for thieves.